Maybe God & the devil should golf together 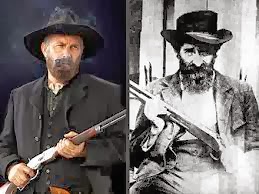 (668 words)
I wonder if God and the devil ever get together for cocktails or an afternoon of golf. They might be able to work some stuff out.

And I wonder if the devil gets upset that no one feels the need to capitalize his name the way we always do with God’s when we’re referring to God, the lowercase god usually being used to specify some handy blasphemy.

I checked The Associated Press Stylebook, the Bible of newspaper grammar mavens, for insight. It says it should always be the lower case “devil,” unless you’re using Satan, which, I guess, is the name his mama gave him.

The Satanic distinction doesn’t seem to make much sense, but then again neither do the AP rules on proper application of the semi-colon so let’s not quibble.

When we say “THE devil” it implies there are multiple, lesser devils and -- who knows? -- maybe there are. Off the top of my head I’m thinking maybe nicotine, reality TV, and NFL commissioner Roger Goodell.

I do recall one other actual devil. That would be Devil Anse Hatfield, patriarch of one half of the famed Hatfield-McCoy feud.

His mother named him Devil because she believed bears, snakes and other West Virginia critters acted afraid of him, much like Kentucky McCoys did, too. Devil Anse was a murderous and sinful man and when he died his funeral was attended by several thousand of the only Baptists in history who could justifiably be called Devil worshippers.

I’d have to think by now God and the devil would have gotten together to just, you know, swap war stories -- and, man, do these guys have war stories. I’m talking apocalyptic.

This collegial sort of thing happens with ex-presidents all the time. Men who’ve engaged in bitter personal battles over things like NAFTA and WMDs often patch it all up over an afternoon round of golf.

They say that those who’ve for even for a few years have been the most powerful man in the world share a bond too strong to allow petty differences intrude.

The devil’s in the news a lot these days. Halloween is Thursday and that means Wednesday is Devil’s Night (sorry, AP Stylebook).

And U.S. Supreme Court justice Antonin Scalia just came out in a New York Magazine interview and said he believes in the devil’s existence, a theological belief shared by many good people.

I thought it would have been more newsworthy if Scalia said he believed in equal rights under the law for women, black voters and men and women who prefer light’s out cuddle time with other men and other women.

“You know it’s curious,” he says. “In the Gospels, the devil is doing all sorts of things. He’s making pigs run off cliffs, he’s possessing people and whatnot. And that doesn’t happen much anymore.”

Funny, I just spent last Sunday at Heinz Field where I saw a bunch of Baltimore Ravens fans behaving exactly like possessed pigs.

He says he thinks the devil’s gotten “wilier.”

We know people who don’t believe in God are atheists. Do you know there’s no equivalent word for people like me who because we believe in God have trouble believing in the devil?

How could our loving Father, our creator, the omnipotent God almighty, allow something so evil as the devil to even exist?

Yet, the world seems beset with so much triumphant evil.

And nothing ever gets done about it.

Maybe it’s a waste of time wondering if it’d be a good idea for God and the devil to get together to play a round of golf.

Maybe that’s all they ever do.

Email ThisBlogThis!Share to TwitterShare to FacebookShare to Pinterest
Labels: AP Stylebook on Satan, Devil Anse Hatfield statue, do presidents golf together, Ravens fans suck, Scalia believes in the devil, why doesn't God kill the devil, why is there so much evil