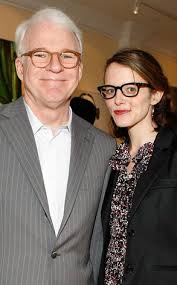 (816 words)
It happened often enough that I still recall the punchline and the inevitable result. I’d be dating a girl and she’d ask hypothetically if I liked children.

With enough ketchup, I’d say, I can eat anything.

I thought it was funny and indicative of lively wit.

The women, I guess, mostly thought it was disgusting and indicative of a shallow suitor who didn’t warrant a second date.

Either way, the answer was part of an overall package that assured I wouldn’t that night be getting in any position that might lead to the creation of any actual children.

I don’t think we’re having any more children, but I’m one of those careful guys who refuses to get a vasectomy because I worry that one day it might fall to me to help repopulate the planet and I want to be up to the task.

I know some fathers who say their lives didn’t really begin until they had children.

I say that sometimes, too, but only in front of the kids and only when I’m laying the groundwork for the day when I tell them I want them to start caring for me, which I expect will happen sometime this November.

In fact, I had a ball before becoming a father. My wife and I traveled, slept better and watched lots more R-rated movies before the sun set.

This will surprise anyone who knows her now, but I was actually the one eager for us to become parents. My wife did not want to have children.

Now she doesn’t want to be without them, a mindset with which I’m unburdened.

I mention all this because of the news that Steve Martin is about to become a first-time father at the age of 67, well beyond the average age of men becoming fathers at 25.

Can you believe it? Twenty-five! What could possibly motivate a 25-year-old kid to take the fateful steps that would lead to fatherhood?

I doubt that kind of randy impetuosity was involved in Martin’s decision to become a father with Ann Stringfield, his 41-year-old bride.

Fatherhood is maybe the one realm in which I’m capable of offering insight to the man who starred in the movie “Fatherhood.”

Here’s my advice to Martin.

I decided when our second daughter, little what’s her name, was born that I’d never let age and decay get in the way of her having fun. I’d never say, sorry, honey, Daddy’s tired or, gee, Daddy doesn’t feel like it.

And that means she’s free to round the clock inflict all kinds of cartoon pain on her old man.

Playtime with her reminds me of the years I spent playing youth hockey when opponents would trip me, punch me when I wasn’t looking and hit me over the head with big sticks.

So the years this vibrant young darling adds to my life will be negated by her one day accidentally caving my skull in with some blunt instrument, a crime for which, I’m sure, she’ll not be charged.

Some people say it’s unfair to the kid to wait until you’re senior to have children, that they’ll only have a father for a few years before life’s curtain descends.

Speaking as a son involved in caring for an aging and demented mother, this to me is a sort of selling point. Most parents live way too long.

Parents should come with expiration dates. I’m unsure of what mine would be, but I do my best to indulge in the kinds of unhealthy excesses that will hasten a timely demise.

So in a way my staying out late drinking, smoking cigars and eating unhealthy foods is just another example of me bucking for Father of the Year consideration.

And it’s ridiculous to think new born kids of elderly fathers will only have a dad for 10 or so years.

Quite the opposite. A new born child of an elderly father might wind up having three or four dads. Martin’s pretty wife will certainly be an attractive widow. Many men I know would want to marry her just to hear her tell stories about what it was like to be married to Steve Martin.

And Martin might be different. Maybe he’s decided he’s going to live to be something like 142 years old. In cool people years he seems about 27.

Maybe he’s just been sowing some wild (and crazy) oats his first 67 years and he’s finally ready to settle down.

Either way, I congratulate the Martins and wish them every joy.

Being a dad, I believe, will keep him young and more alive than ever.

Especially if he hires a stuntman.

• When men tell men they are becoming fathers

• We sons of dead fathers
Posted by Chris Rodell at 11:56 AM