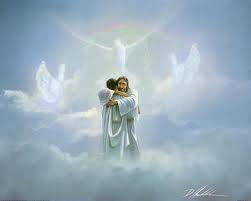 (652 words)
Any time you hear of anyone dying suddenly, it should reinforce the need to always live suddenly.

I’m not sure what tragedy inspired that line. I wrote it a few years ago after, I think, reading the singular obit of someone who died too young.

I think it’s a profound line, for me anyway, because every reader can instantly grasp the sense in it: Random death can strike anyone at any minute so it’s incumbent upon us to vigorously enjoy life while we still can.

I wondered if it was wise to include that philosophical nugget as part of my talk with our 12 year old yesterday about the news from Boston. I know if someone I turned to for guidance told me that when I was 12 I would’ve begun more vigorously skipping school.

I wasn’t even sure I should tell her about the bombing. I know they talked about Sandy Hook in her sixth grade class and I like the idea of her being prepared for any current events discussion. And these days sudden, violent and inexplicable death is such an intrusive part of our lives the idea of sheltering even a 12 year old seems quaint.

She heard something probably in Sunday school that has given her a very fatalistic point of view for a darling girl who still enjoys “My Little Pony” cartoons.

She thinks every single thing that happens happens because it is God’s divine will. Lots of people share that simplistic view.

To prove her point, exactly 10 seconds later she reached up and scratched her itchy nose.

I have to remember to call her as an exculpatory witness if Val ever busts me getting cuddly with some cute waitress.

I have trouble believing the Patriot’s Day obliteration of three innocents was all part of God’s plan.

If so the first thing I do when I get to heaven will be to start looking around for a suggestion box.

We’re conditioned from birth to dread death, to fight and fear it.

We believe this even as we’re taught from Sunday school on up that heaven really rocks.

It’s pearly gates, the land of milk and honey. A really great piece of chocolate cake is described as heavenly. Could there be a more compelling endorsement?

If heaven’s so great how come we spend so much time taking so many steps to ensure it’ll be years before we ever get there? True believers would, you’d think, be doing everything short of suicide to hasten their mortal demise.

I think I wonder about heaven so much because for so many this world is really hell. I know it must feel like that for people in places like Boston, Syria, Haiti and other places where all hell’s broken loose.

It’s odd, too, that no one’s ever heard of all heaven breaking loose anywhere.

Some people might use that scenario as proof to support their belief that this life is the actual hell described in the Bible.

They think when we die we either go straight to heaven or else get sent back here to endure another life of pain and frustration until we finally get it right. I don’t know whether this is true or not, but it would help explain things like Cubs fans.

Me, the longer I live the more convinced I become that our entire lives are just a really compelling reality show people in heaven watch when they’re not out playing golf.

They can root for us, cheer our successes and bemoan our miseries, but there’s nothing that bunch of heavenly bystanders can ever do to alter the outcome of the game.

Be sure to live suddenly, my friends.

• I cry, I fart: more thoughts on Newtown

• Heaven for Haitians
Posted by Chris Rodell at 1:32 PM

Email ThisBlogThis!Share to TwitterShare to FacebookShare to Pinterest
Labels: Boston bombing, Chris Rodell, I read the news today oh boy, is there hell on earth, is this life hell, questions about the afterlife, what is heaven like