Give bomber a bored-to death sentence 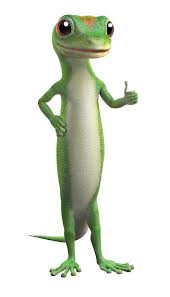 (692 words)
News reports say by now bombing suspect Dzhokhar Tsarnaev has been interrogated about his motives, his influences, his background and his connections.

I’m interested to learn if he’s been quizzed about his health insurance.

Rules are rules. You know there’s bound to be some squad of hospital bean counters eager to push their way past investigators to see if the accused is covered.

I figure in six days he’s probably racked up about $100,000 in intensive care.

Who’s paying for the extraordinary care Tsarnaev is receiving is maybe the most banal question we could be considering in the bombing’s aftermath. That’s why I expect Glenn Beck to begin making a big deal out of it any minute now.

And in this regard he’ll have a point.

We’re fixing Tsarnaev up so he’ll be fit enough to execute.

The death penalty divides Americans practically right down the middle; half support it, half oppose.

It divides me, too, but in a less linear way.

I’m staunchly pro-death penalty right up until the instant a man or woman is taken into custody and then I become instantly opposed.

The case of the brothers Tsarnaev is the perfect example. Last Friday I felt relief when Boston law enforcers killed Tamerian, 26, because he was a threat to kill many more. The death penalty meted out to him on the streets of Watertown will not deter other terrorists, but it certainly deterred the radical Chechnyan from killing again.

But now I’m glad his equally guilty brother is in custody and is being nursed back to good health.

Cases when a condemned man receives a stay of execution because is either too fat, too stupid or too ill to kill always fascinate me.

The people who make those decisions must be blind to irony.

That was the recent case of Richard Post, the 53-year-old Ohio inmate who was convicted of the 1985 shooting death of a hotel desk clerk. He weighed 240 pounds when he entered prison, but today weighs in the neighborhood of 490 pounds.

The news has me reconsidering using “tastes like prison food” as a knee jerk culinary put down.

His attorneys said killing him by lethal injection would involve “serious physical and psychological pain, as well as an execution involving torturous and lingering death.”

I know what you pro-death penalty advocates are thinking: “Not if you drop a piano on his head!”

I admire your convictions even as you detest Post for his.

I don’t understand the people who tailgate outside an execution site and the instant death is announced whoop it up like the home team just posted a go-ahead touch down.

I thought I’d feel that way when Timothy McVeigh was executed in 2001 for killing 168 when he detonated a truck bomb outside the Alfred P. Murrah Federal Building in Oklahoma City on April 19, 1995.

Who could argue that he didn’t deserve to die?

His death left me feeling not elated, but instead deflated.

Had he lived, he would have turned 45 this past Monday and would have spent his birthday in the same roughly 6 by 9 foot cell in the Florence Supermax federal penitentiary he’d inhabited for about 5,840 days. The prison is known as the “Alcatraz of the Rockies,” and is famous for its bomber’s row of Ted Kaczynski, Eric Rudolph and dozens of other domestic terrorists.

I read where McVeigh’s cell neighbor was ’94 World Trade Center bomber Ramzi Yousef and that Yousef used to annoy McVeigh by spending hour after hour trying in vain to persuade the former soldier that he really ought to for the good of his eternal soul convert to Islam.

Imagine if he’d have lived under those conditions another 35 years?

Executing this stupid kid in Boston wouldn’t be justice. It would be vengeance.

I’d rather see him and his ilk spend a good long life being ignored by every single person in the world except for the person in the cell right next door.

And I hope that person is someone like Pat Robertson.