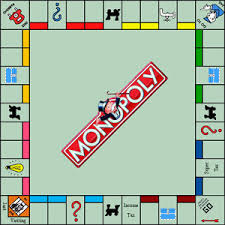 (1,020 words)
I’m hoping today’s Happy Hour will go better than last Friday’s and it will if Dave implements an idea I’ve been hounding him over for months.

Yes, it’s time for The Pond to issue personal seat licenses so regulars can be assured of our favorite stools.

I don’t bar hop. Never have.

I find a place I like with lively people whose company I enjoy and settle in for laughter, conversation and all sorts of sudsy poignancy until they throw me out.

And they never throw me out.

They may turn the music up so they don’t have to hear me talk so much, but they never throw me out.

My life has been enlivened with great drinking buddies, guys who, like me, enjoy a convivial stretch in a warm tavern with a friendly bartender.

I remember many times in college in Athens, Ohio, when me and one of my drinking buddies were in a bar from 1 o’clock to 2 o’clock -- and I’m not talking one hour.

One particular time it was a Sunday and we were deathly hungover from the typical Saturday raucousness.

I remember the next day some friends couldn’t believe we’d persevered under our conditions when fellow sufferers wasted an entire day in bed with blankets pulled up over their heads.

One asked later if it was a challenge to our constitutions.

Fast forward to about 1992. I was working at a small two-person newspaper office that was strategically located right next door to a really great bar. My co-worker was also my drinking buddy, bookie and fellow Pirate season ticket holder.

He was like the Swiss Army Knife of drinking buddies.

We’d become friendly with some other guys who’d visit the bar to watch the games with us.

During one of the commercials, one of them asked if Paul and I ever went anywhere else.

Paul pointed about four stools away and said, “Sometimes we sit over there.”

So you understand my history. I’m a creature of habit when it comes to my drinking establishments.

That’s why Fridays at The Pond have become such a challenge. I fear the place is becoming too popular.

Dave, the third generation owner, feels this, too. In that way, he’s becoming like his old man, Dick, one of the sweetest and most kind men I’ve ever known.

Dave tells the story from about 15 years ago when he wanted to introduce his Dad -- his co-worker -- to some fresh faced young patrons who’d found the bar and felt right at home.

His Dad cringed in dismay and said, “Oh, please, I can’t take another generation!”

Now Dave and I are alarmed about the encroach of yet another generation. It’s ruining the Friday Happy Hour. I’ll let Dave tell it.

“Around 5 p.m., I look around and everything’s great. All my guys are right here where they all belong and I think it’s going to be all right. Then at 6 o’clock it starts. All these strangers start coming in and I begin to realize what Dad meant.”

I wish I could do something to help my friend. Maybe me and the rest of the regulars could consume so much alcohol he wouldn’t need any other customers, but that would likely lead to encounters with DUI checkpoints and angry spouses and pretty soon we’d be doing all our drinking home alone with electronic monitoring devices strapped to our ankles.

It helps if you consider The Pond like it’s a more rectangular version of the Monopoly board and instead of tokens like silver shoes, jalopies, thimbles and choo-choos, the board is populated by paunchy middle aged white dudes with beer farts and receding hairlines.

Boardwalk and Park Place are right there as soon as you get in the door. Those seven or eight stools are where the regulars sit. No one sits directly opposite near Baltic because you’re usually all alone and it’s like staring down a really ugly firing squad.

So last Friday I walked in around 4:30 expecting one of the prime seats to be available only to be startled to see a nice young couple inhabiting Park Place.

It threw everything off. Gary and Chud were at St. James Place, Chuck was parked at Atlantic, and Teacher Dave was at Marvin Gardens. Worst of all the Joes were scattered to all four corners.

One of things I love about The Pond is there are eight Regulars Joes and all them are conveniently named Joe. Sit next to any Joe and you’re in good company.

Me? I felt like I was in jail with a Do Not Pass Go card for a beer coaster.

So this nice young couple out for a good meal and some chat at a friendly tavern had ruined the night for everyone else.

I ended up going home sober and crashing my family’s girly movie night, so the couple’s inconsideration had a ripple effect far beyond The Pond, and that just never happens with the hootch-free ponds found in nature.

“Don’t blame me,” I said, explaining what happened. My wife shook her head in routine exasperation, but my elementary-age kids understood instinctively.

You don’t take another kid’s seat.

Personal seat licenses would prevent this from happening again.

If lieu of that, I’m going to recommend Dave put up a “Please Wait to Be Seated” sign so he could steer people to where they belong.

I’ve seen him excel in this role. I remember one time when two young rowdies were misbehaving over around Ventnor Avenue. They weren’t bad guys. They just needed a little seasoning.

They did know enough to realize their behavior was out of place. One of them asked Dave if he’d recommend a place where the two loud friends could sit and not bother his regular customers.

Racers is the bar about a quarter mile down the street.