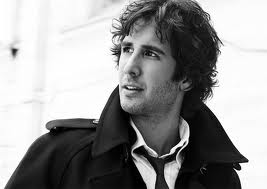 (788 words)
If there were the slightest commercial incentive to doing so, I’d rename this blog, “Doing Stuff with My Mom.” Spending time with her offers more lively blog fodder than a week’s worth of offbeat news.

We were together most of the weekend. I usually see her about once a week for an hour or so when I go to drop off groceries and pay her bills.

My cousin’s daughter is still living with her and Mom, 80, is doing okay. I hear stories from friends whose parents’ precipitous declines have swamped their entire lives and realize she’s actually doing great.

She’s still capable of taking care of herself and is mostly a very cheerful senior citizen.

Who cares if she thinks it’s 2004 and Josh Groban was a Beatle?

I learned this during the course of four hours in the car with her. I drove to Pittsburgh to get her Saturday morning and turned right around for the hour-long return trip. Did the same thing in reverse on Sunday evening.

Spending time in the car is one of my favorite things to do with her because she loves the ride, will answer any question with utter honesty and is incapable of detecting whether I’m bullshitting her when a truthful answer seems too boring.

But today let’s talk about Mom and music.

I don’t know what your folks are like, but music made a very slight impression on mine.

Dad loved Frank Sinatra, but I barely remember him playing Sinatra in the car or around the house.

Instead, he played Myron Cope. He was the legendary Pittsburgh radio sports yakker with the grating voice. Cope was on all the time.

But I’m mystified that music wasn’t a much bigger part of their lives when it’s such an enormous part of mine.

Maybe John Lennon was right. When he was asked his opinion of Sinatra, he said, “Before Elvis there was nothing.”

I decided to find out through Mom. With her in the car, I usually listen to the XM Sinatra station or the one that’s all-Elvis.

Saturday it was Classic Rewind, the reliable hits of bands that have been popular for 50 years.

She was 30 in 1963. You’d think a functioning adult at that age would be aware of the cultural events shaking the decade, all of it reflected in popular music of the day.

“I did, but not as much as my friend Gerri. She loved The Beatles. She was always talking about them.”

This is a red flag. She’s given the exact same answer when I’ve asked if she liked  Elvis. So she’s either confused or was once friends with someone very cool who grew up and changed her name to Cher.

Who was Gerri’s favorite Beatle?

What year is it, Mom?

For a moment I’m wishing it is. I can devote the next few months persuading conservatives that gay marriage won’t be a big deal in even 10 years so they shouldn’t use that wedge issue to give Bush-Cheney another term.

She seems to be enjoying the music. I ask her who she enjoyed listening to when she was growing up. Bing Crosby? The Andrews Sisters?

The stringed introduction to “Jungleland” comes on. From 1975‘s “Born to Run,” the 9:34 epic is maybe my favorite song by the man known throughout the world as “The Boss.”

I tell her it’s Bruce Springsteen.

“Oh, he always reminds me of Terry Bradshaw!”

I begin wondering how Myron Cope would have described the kid from Jersey in a Steeler jersey handing off to fellow Garden Stater Franco Harris.

As the song is nearly 10 minutes, every three minutes she asks, “Who’s this?”

Next up is the distinctive static that signals we’re about to hear Pink Floyd perform, “Wish You Were Here.”

This, Mom, is Josh Groban.

I tell her I think he’s trying to reach a new audience.

“Well, this is different.”

Maybe John Lennon was wrong. Maybe before Josh Groban there was nothing.

Thanks for the fun ride, Mom.

Wish you were here.

• Mom’s making crazy contagious by a nose
Posted by Chris Rodell at 11:11 AM

Email ThisBlogThis!Share to TwitterShare to FacebookShare to Pinterest
Labels: John Lennon on Frank Sinatra, Josh Groban was a Beatle, my senile mother, Myron Cope was the greatest, people with Alzheimers listening to classic rock