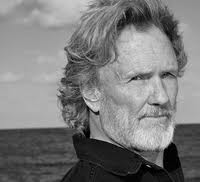 (1,552 words)
Rainy days and Mondays always get me thinking about “Rainy Days and Mondays” by The Carpenters. That sometimes lasts ‘til Tuesday when voices carry clear through Wednesday Morning 3 a.m. After that, I become a Thursday’s Child with Friday on my mind until it’s another Saturday night and I ain’t got nobody and you know what that means: Yep, blue Sunday.

Why do some days rate more song titles than others?

Here’s my list of some songs for each day of the week and the ones I think are the best.

I do like “Rainy Days and Mondays” by The Carpenter and I’m a big fan of “Manic Monday,” a song Prince wrote for The Bangles in 1986. “I Don’t Like Mondays” by Bob Geldof and The Boomtown Rats is a great song, but I don’t like songs that depict senseless schoolyard shootings. Mondays come freighted with enough grimness that we don’t need to sonically import more. Alan Jackson has “Monday Morning Church,” one of my favorites of his. It’s a very sad story about a widower raging against God for stealing his too young love. I like John Prine’s “Long Monday” with its lines about the day being “stuck like the tick of a clock that’s come unwound.” Then there’s Jimmy Buffett’s fine “Come Monday” a great one that really captures the mood of the day. Still one of Buffett’s best, but it’s only the second best Monday song. The first is . . .

“Monday Monday,” The Mamas and The Papas, 1966 -- The tune perfectly captures the let’s-get-on-with-it feel of Mondays. Neither overly depressing nor artificially rah-rah on a day when on one’s eager for cheerleading. Plus, it intones the name twice. So the only way a song about Mondays could be improved would be if it were called “Monday Monday Monday.”

I feel like including something by the great ‘80s band ‘til Tuesday just because I so love the song, “Voices Carry.” Great video, too. But that’ll have to wait for if and when I do one about bands named after days. “Tuesday” has been a song title for many bands including The Bacon Brothers, Trey Anastasio, Lenny Williams and Country Crows. You’ve got “Tuesday’s Gone,” by Lynyrd Skynyrd from 1973. That one’s never done anything for me, nor has “Tuesday Afternoon (Forever Afternoon)” by the Moody Blues, a band that could for my tastes use a little more blues and a little less moody. So the winner is . . .

“Ruby Tuesday,” Rolling Stones, 1967 -- Who could hang a name on you? I saw the Stones play this live in ’94. It was mesmerizing. Just a beautiful song. It’s parentage is in dispute with Keith claiming he wrote the whole thing, but others say Brian Jones did most of it. Either way, it’s lovely, even as it has nothing to do with Tuesdays and more and more youthful dimwits think the namesake restaurant came first.

Wednesday is either the least written about day of the week or the near runner-up. Perhaps there are some “Hump Day” songs, but I’m reluctant to research them for fear it might lead to distracting porno sites. What is about Wednesday? Is it that song writers shy away because of the day’s awkward spelling? The interior “nes” seems to mess it all up. Really, we’d all be better off if we agreed to start spelling it Wensday. The only songs I’ve found about Wednesday are “Wednesday Morning 3 a.m.,” by Simon & Garfunkle and “Wednesday” by the Drive-By Truckers. I like those artists, but am not familiar with either song. So the best Wensday song goes to  . . .

“Ash Wednesday,” Tom Russell, 2006 -- Oh, you should download this one right now. It’s perfectly haunting way to compare a keystone religious holiday to the ashes of our broken relationships. I just love Tom Russell and can’t recommend “Love & Fear,” the title totem for “Ash Wednesday” enough. Russell’s a monumental singer-songwriter.

Help me out: Can you think of even one song with Thursday in the title? I’m stumped. I see David Bowie has “Thursday’s Child,” a song with which I’m unfamiliar. The dearth of Thursday songs has me feeling like I should write one myself. I’ve always loved Thursdays, mostly because it’s always been a night for great TV. I remember in college me and my roommate used to stay in order a pizza and watch “Police Squad!” “Bosum Buddies,” and “Hill Street Blues.” Then, of course, it was eventually “Seinfeld” through the ‘90s and I think “Survivor” used to be on Thursdays. So I love Thursdays. The winner is . . .

None. Thursday needs an anthem.

I had to check twice to make sure Bruce Springsteen’s never written a song with Friday in the title. It seems like a natural. Maybe the original title to “Sherry Darling” was “Friday Darling.” Steely Dan has “Black Friday,” Nancy Sinatra “Friday’s Child,” and Genesis “Get ‘em Out by Friday.” None of them work for me. Some of the people who’ve written Friday songs include Katy Perry, Nicki Minaj & Eminem, Lady Antebellum and the recently deceased country legend George Jones. I’ve heard none of these, nor have I heard what sounds like an interesting one by Jimmy Fallon with Stephen Colbert. So the winner is  . . .

The opening lyrics speak to the whole work week:

In 2001, an Australian arts group named this the number one Australian rock song of all time. Good song, but if I was Men at Work I’d be choking on my vegemite sandwich.

Saturday rocks in more ways than one. Lots of great Saturday music. I love “Another Saturday Night (And I Ain’t Got Nobody),” both the Sam Cooke and the Cat Stevens’ versions. I heard the Bay City Rollers singing “Saturday Night” from the early ‘70s and sang it so exuberantly I was glad the kids weren’t in the car. Lynyrd Skynyrd gave us “Saturday Night Special” and Buffett chipped in with “Livingston Saturday Night,” both songs that don’t cause me to reflexively flip the station. There’s a great alt-country band called “5 Chinese Brothers” that did an obscure album ’97 album called, “Let’s Kill Saturday Night.” I love it, as I do the title track. Here in Pittsburgh, we love a band called The Clarks and are confounded they never became a national sensation. They have a wonderful song called “On Saturday” that’s very catchy. Of course, the Saturday behemoth is Elton John’s “Saturday Night’s Alright for Fighting.” Who could argue that’s not the best Saturday song? Me. The winner is . . .

“Saturday in the Park,” Chicago, 1972 -- No song more perfectly matches the mood of its namesake day than this gem written about the Fourth of July in Central Park. It’s perfectly cheerful. The girls are all pretty, the men handsome and kind and all the dogs poop right where they’re supposed to.

It’s either the hangovers or the ennui, but songwriters have Sunday nailed. There’s more great songs about Sunday than any other day of the week. The Doobie Brothers have “Another Park, Another Sunday,” Paul McCartney has “Heaven on a Sunday,” and John Prine “He Forgot that it was Sunday.” Both The Doors and Tom Petty have songs called, “Blue Sunday,” and I particularly like Petty’s languid offering. Buffett, who’s maybe written more songs about more days of the week than anyone has the sort of dippy “No Plane on Sunday.” I love U2’s “Sunday Bloody Sunday,” but I can’t relate to Northern Ireland’s Troubles on Sundays when I’m trying to enjoy a respite from troubles of my own. Best song? For me it’s . . .

“Sunday Morning Coming Down,” Kris Kristofferson, 1969 -- Made famous by Johnny Cash, I love the songwriter’s version from his 1999 “The Austin Sessions.” Check out these opening lyrics:

Well I woke up Sunday morning with no way to hold my head that didn’t hurt
The beer I had for breakfast wasn’t bad, so I had one more for dessert
I fumbled through my closet for my clothes and found my cleanest dirty shirt
I washed my face, combed my hair, stumbled down the stairs to meet the day

I’d smoked my brain the night before on cigarettes and songs that I’d been pickin’
I lit my first and watched a small kid cussin’ at a can that he was kickin’
Then I crossed the empty street & caught the Sunday smell of someone fryin’ chicken
And it took me back to somethin’ that I’d lost somehow somewhere along the way.

Every word is golden. The chorus:

On the Sunday morning sidewalk
Wishing, Lord, that I was stoned!
Oh, there’s something in a Sunday makes a body feel alone
There ain’t nothin’ short of dying
Half as lonesome as the sound
On the sleeping city sidewalks
Of Sunday morning coming down

So there’s some songs to get you hummin’ through your Monday.

I hope you had a great weekend. And now one of these songs or one of your own will help you face your weekbegin.

Email ThisBlogThis!Share to TwitterShare to FacebookShare to Pinterest
Labels: best songs about day, Songs about days of the week, Sunday morning coming down, The Bangles, The Clarks of Pittsburgh