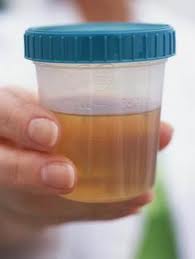 (754 words)
In my earnestness to always find common ground, I blurted out something stupid the other day when a casual acquaintance told me his plant was thriving.

“Mine, too!” I gushed. “I water it, give it plenty of sunshine and talk out loud to it when its leaves look like they need cheering up because being cooped up in a little pot stunts its growth. I named mine Burt.”

He wasn’t talking about that kind of plant.

He owns an area metal works factory and stops in at The Pond for lunch once in a while. Business is gangbusters.

There’s only one problem: He can’t find help.

Turns out the problem at his plant stems from many otherwise qualified applicants overusing a kind of plant that shares basic characteristics to the kind of plant I’m nurturing in my office.

That’s just a guess. I’ve never dried and smoked any of Burt’s leaves.

“Yeah, if I bring 10 guys in for interviews, five of them will fail the drug test and two of them will run out the door when they hear there’s a drug test. Some times we’ll have a guy try and sneak clean urine into the test, but we always catch them because the urine’s always room temperature. Fresh urine’s pretty steamy.”

I almost asked him if they pee test the guys who oversee the pee tests, but I didn’t want to interrupt.

This might be the most ample evidence I’ve heard that the economy’s turned the corner. I’m calling it the Post-Industrial Stoner Status: The PISS Index.

A buddy of mine who does the hiring at another nearby facility confirmed the index’s viability.

“Oh, yeah, I tell them in advance about the drug test so they know it’s coming and have time to get clean. It doesn’t matter. They still fail. They just don’t care.”

Maybe I’m naive, but I find it incredible that 70 percent of our burn out population would rather stay broke and high than find a job.

Now, far be it for me to extoll the virtues of stable employment, but striving for a better life should be an inherent part of the human condition. You’d think at some point you’d want a good job just so you could afford more and better quality pot.

I guess the most celebrated stoner I know is probably Nashville troubadour Todd Snider, but even he once in a while picks up a guitar and writes a song about the joys of getting high -- and I’m glad no one hands him a cup to pee in before he’s allowed to record his music. Same goes for Willie and Snoop.

I’ve never been a big dope smoker -- and I apologize for that to all you avid dope smokers. I believe those of us who do not have to undergo drug tests should test drugs on behalf of those who do. It’s only fair.

I have to think the solution to my friend’s problem is to just chuck the stupid drug tests. Why not? Marijuana legalization is sweeping the nation more quickly than even gay marriage.

Truly, these are golden days for gays who like to get high. Imagine if you’d have told a gay couple five years ago that by 2014 they’d be able to get married in most states and smoke pot at the reception they’d have said you were -- what’s the condition to describe addled thinking?

Who cares if some stoner lops off a finger or two down on the assembly line? Not the stoner, certainly. He’ll be happy as long as he has enough digits left to keep the bongs bubbling.

Think what relaxing picky drug standards would do for the economy. Production at my friend’s factory would fire right up if he could hire a bunch of guys who come to work all fired up.

Our nation’s snack food producers would see an instant boost in sales.

The only industry that would likely suffer would be the one that conducts drug tests and that’s unfortunate. I know of no other industry that values the skill of instantly gauging the approximate temperature of authentic human urine.

The morale of the American work force would surge, too. More and more people are resenting tyrannical intrusions into our private lives and to that I say amen.

Of course, I don’t mention any of this to Burt. No sense doing anything to piss off the plants.

Poor thing’s already surrounded by pot and can’t ever even get high.

Doin’ drugs at the ol drive-in