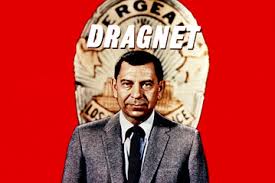 (972 words)
I probably have about a dozen potential topics sprouting in today’s idea garden. That’d be a very fruitful day if writing even one blog earned me so much as a dime. It rarely does. So today I’m going to post a jiffy little round-up of ideas and move onto other projects that, I’m sure, won’t wind up paying me a dime either. But the exercise will fulfill some ethereal self-imposed obligation to daily blog so here we go.

• One of the ideas I was going to write about it is how compelling our national manhunts have become. I’m convinced some day there will be a reality network that negotiates a deal with the prison system to free one worthy felon whose sentence will be vacated if he or she can elude capture for, say, two weeks of a national dragnet. The stickiest logistic will be finding a felon trustworthy enough to pinky promise not to hurt anyone or break anything during the manhunt.

• Many of the people who were ridiculing CNN for heat-of-the-moment manhunt reporting errors were the same people who spent the last decade nodding vigorously anytime Fox News assured them the Iraq War was a really swell idea and that today Mitt Romney would be getting his mail in the White House.

• Speaking of manhunts, today marks the 148th anniversary of the conclusion of the most epic one in American history. Yes, today was the day in 1865 that Boston Corbett, America’s greatest eunuch slew Lincoln assassin John Wilkes Booth. Not familiar with Corbett? Check out the Boston Corbett link below. The story contains nearly a dozen fascinating brain barnacles that will forever enliven any conversation about the man who killed the man who killed Lincoln. It’s the second most viewed story I’ve ever posted.

• I’ve decided a while ago against embedding links within posts in favor of grouping them at the end. I’m trying to avoid losing readers right in the middle of what I’m trying to say. It’s a stupid form of self-interruption.

• Want a tip on when it’s a good idea to skip one of my posts? How about anytime I file it after 5 p.m.? It’s like I’m trying to sneak it past readers without anyone noticing. I was so displeased with yesterday’s pro-booze-and-driving post I nearly took it down. Instead I’ve put a little italicized disclaimer on top apologizing and saying, gee, on second thought, I don’t really think we need more drunk drivers. The problem was yesterday was terribly disjointed. It usually takes me about 90 uninterrupted minutes to write, proof and post these. But that never works if I only have precisely 90 minutes. I wrote yesterday’s in three chunks and never had a chance to think it clear through.

• I caught myself there before writing that yesterday was a terrible day. It was not. Sure, I was in the car for four hours driving my mother back and forth so she could attend a school event and still sleep in her own bed. Sure, I felt beaten down by failure and frustration. Maybe you did, too. It happens. But yesterday, our 12-year-old had one of just two speaking roles in the Baggaley Elementary School spring choral program. She was poised. She was vibrant. She was magnificent. Bad day? No. One of the best.

• And I got a good haircut yesterday, too, and that’s got to count for something.

• Reese Witherspoon will be forgiven for her diva moment. She’s still perfectly cool in my book. For what it’s worth, I’d never advise anyone to play the “do-you-know-who-I am?” celebrity card. I believe loudly reminding the arresting officer that you pay their salary is more persuasive.

• I think some people suspect my moaning about always being broke is some sort of schtick. It is not. I dream of a day when I can change the name of my blog to, “Eight Days To 1 %,” even as I understand the loss in catchiness and street cred that would represent.

• The more I blog, the more people demand I blog, the less time I devote to things that might earn actual coin. I had a friend recently say he was at work with some time to kill and was pissed because I hadn’t taken the time to write anything fresh that day. On the irony scale, that scenario almost equals a coyote devouring a vegetarian.

• I’m glad I live in a country that believes in forgiving guys like that nervous wreck, profanity-spewing rookie North Dakota broadcaster. So good for you, A.J. Clemente. It looks like you’re getting a second chance. Now don’t, er, mess it up.

• I’m becoming convinced God won’t let it happen because me enjoying any success would send a terrible message to the impressionable youth of America.

• Okay, that’s enough goofing off for one day. Time for one of us to get back to work. I just can’t decide whether that means you or me.

Just the facts: My interview with Harry Morgan
Posted by Chris Rodell at 11:47 AM