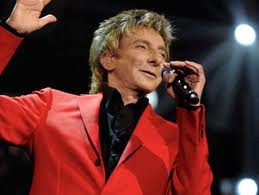 (603 words)
Sometimes someone says something about something I’ve written that causes me to shelve my topical plans to address their comment.

So if you’re clicking in today to read if I’ll be in Pittsburgh tonight to attend the Barry Manilow concert and why that wouldn’t be without precedent, sorry, you’ll just have to wait until Monday.

Today I need to respond to a charge that yesterday’s post was tasteless.

It was a 702-word essay headlined, “That’s MISTER Shrapnel to you!” Three days after the Boston Marathon bombing, I thought it was appropriate to share the nugget that shrapnel was named after British artillery officer Henry Shrapnel (1761-1842). I had no idea and thought it was interesting enough to warrant a timely post.

I fancied it a life-affirming spin on how names become words and how I’m glad nothing I do will 200 years from now lead anyone to say someone was killed by a deadly shower of rodell.

Was it too soon? Too irreverent? Was the tone too what Father Francis Mulcahy might call “jocular?”

Do I regret it?

Just a bit. Not much. Hardly at all.

I am of the mindset that if we do not move on right away after every tragedy, we’ll never move at all.

Our national tragedies happen with such breakneck rapidity, to not immediately move on would result in our being paralyzed by perpetual grieving.

By any decent standard, we should still be utterly bereft over Sandy Hook. No one should be working, attending ball games, laughing in coffee shops -- doing anything -- until we as a nation resolve that such horror will never happen again.

But, geez, that seems awfully difficult, doesn’t it? Certainly it does for the esteemed men and women of the United States Senate.

So in lieu of working solutions, we need to live every day like the Whos in Whoville did the very morning the Grinch stole Christmas. We must cheerfully persevere understanding bad things are going to happen and that we will always roll with all the punches.

It’s now more than ever imperative to celebrate every day we’re alive.

If that’s a controversial position, so be it. I’ll have to live with it even as anyone accusing me of doing anything controversial feels to me like wearing a shirt that’s too tight around the neck. It makes me uncomfortable.

This puts me at odds with many other writers who aspire to being edgy.

They assume the worst in everyone. They fan conspiracy theories. They fixate on daily doom.

In a world full of so much opinionated edginess, I like to think my blog provides a humble respite from all the contrived controversies intended to stir up opposing comments and agitated readers.

I could never pull that off. Wouldn’t want to even if I was assured it would lead to widespread exposure.

On the contrary, I aspire to this being a near daily repository for feel-good platitudes about life and love.

I guess that kind of makes me the Barry Manilow of bloggers!

Either way, I’m grateful to you and anyone who takes the time to read my stuff. I hope you’ll all stay with me even on days when you read something here that might challenge one of your sacred cows. And that goes for all you non-Hindu readers, too.

I promise to try and keep it fair and above the fray -- except on days when the fray looks fun.

So thank you. I hope none of you ever goes away.

‘cause I can’t smile without you.

Chris, just saw this post now, and must respond. I had read the Shrapnel piece, and did not find it tasteless or offensive in any way. Your humanity and kindheartedness always come through in your writings. And you are right, we must keep moving.
There are plenty of tasteless blogs out there, but yours isn't one of them.

Thank you so much, Joe, for such an encouraging and supportive comment. So glad to know you check in on my stuff and feel that way. Really, that's exactly what I'm aspiring to do. You rock!