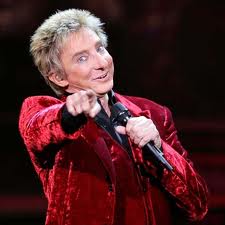 (857 words)
I once took a Mexican girl who barely spoke any English to see U2, an Irish band, in the Dixie town of Nashville.

And while U2 was a multi-cultural affair, the previous one was anything but. In fact, I remember it as the whitest night of my life.

Manilow was here again on Friday for a well-reviewed show that the Pittsburgh Post-Gazette called “an escape into some kind of soft pop time warp” after a week of dreadful news.

There were many other male couples there that night, but I’ll bet out of the 17,532 Pittsburgh Fanilows, we were the only father/son duo.

If my date had been anyone other than my own Dad, I’ll bet I’d have gotten laid that night.