8days2Amish tweets of the month 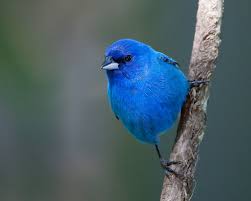 I’m chagrinned this tumultuous political month has passed without me being more engaged. But I’ve been too otherwise occupied to stoke @8days2Amish. Alas, I did what I could. Maybe next month will be more fruitful. Guaranteed, it’ll all be ripe for ridicule.

• Social media is to reading what fast food is to nutrition. Thanks to all of you who stop by Chris's Crap Shack!

• You know your town lacks diversity when everyone says they're meeting at the Mexican joint and everyone knows to go to the Taco Bell.

• Watching "Independence Day" part where aliens destroy America; wondering what kind of wall Trump would have built and how he’d have gotten aliens to pay for it/

• For many, the advent of social media means our greatest fear is no longer death. It is the fear of appearing too ordinary.

• Although it's bound to upset traditionalists, isn't it time we start referring to the 2K-old "New Testament" as the "Not-So-New Testament?”

• In my experience, the ones most likely to post bitter comment on any story of mine are the ones who are least likely to have read it.

• Technology is the willful and agreed-upon demolition of charm and all that was once beloved as quaint.

• Noah’s Arc was the only cruise ship in history where every level was a poop deck.

• Would a T-shirt still be a T-shirt if I got one with a big Q on the front?

• There ought to be a wax museum celebrating the history, manufacture and usage of wax.

• I’m taking 20 books to sign at Classic Lines books @littsburgh Saturday at 11. Not leaving till sold out! Or hot. Or hungry. Or discouraged.

• For purposes of general housekeeping and upkeep, I wouldn't want a home where the buffalo roam and the deer and the antelope play.

• This is how I imagine Nixon would look as staff tried to explain to him the how-to and point of the selfie (picture Nixon frowning).

• In these divisive times it is essential that every good American devote at least some time each day listening to the Traveling Wilburys.

• If coral is a stony ocean rock and corral is a pony pen, then shouldn't oceanic enclosure used to keep seahorses be corrral?

• Don’t believe pundits who declare Pennsylvania, Ohio, etc. are swing states. Wisconsin has more parks per capita. It is THE swing state.

• Wondering how many times today Trump will ask Priebus, "Tell me one more time why I can't talk about the size of my hands .."

• I like telling people I have five nipples and that only one of them is above the waist.

• World will be a better place when all those scheming to find the means to an end instead worked on finding an end to the means.

• It’d be fun for future historians if Hilary gets elected president and becomes embroiled in a sex scandal with a young male intern.

• I wonder if Bill Clinton has spent even a fraction of a second optimistically trying to recall where he hid all the condoms.

• The tabloid reporter in me is dreaming the next big scandal is that Bill Clinton shagged Melania Trump. Or Ivanka.