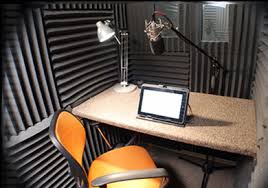 The voice on the other end of the phone pulsed with exuberance. It was just the kind of voice I want promoting me and “The Last Baby Boomer.”

He wanted me to sign on with his North Carolina firm to grant them exclusive audio book rights.

“The premise is dynamite,” he said. “We’re confident this will be a real break-out hit. Everyone here loves your book.”

I answered his question with one of my own. How many signed copies did he want?

Certainly, I said, any reader as enthused as you would like multiple copies to keep and to give as gifts. And, man, I could really use the dough.

“Well, I haven’t actually read it.”

How do you know it’s so good?

“Our acquisitions editor said so.”

In fact, nobody had read my book. Firms like this one scout the lists to see which independent authors might be susceptible to a crafty sales pitch. He’d said they’d do my audio book for $3,500.

I told him I’d be more comfortable going forward if I knew at least one person there had read the book. I’d be happy to sell him one.

“Okay, how much does it cost?”

I picked the inflated price so I could cover their costs, S&H, and still pocket about $2 so I could brag to the missus what a shrewd negotiator she’d married.

Art of the deal, baby!

The guy was, indeed, very friendly and our conversation was jocular. I was just jacking with him to make a point.

Some writers are on a shoe-string budget. My situation is more precarious. I can’t afford shoes with strings.

Paying $3,500 for an audio book might be sound promotional strategy  but not for me at this point.

And my confidence is growing that one day agents seeking to make money off me — not from me — will step forward to secure these kinds of deals on my behalf.

Val and I went to the annual Adams Memorial Library fundraiser in Latrobe and I bumped into a reader and his praise for my book couldn’t have been gushier. He said my book was better than most of Kurt Vonnegut’s. Many of his compliments were interrupted by fits of laughter as he repeated to me his favorite parts.

I’d see him out of the corner of my eye pointing me out to strangers and telling them about me and my book.

Really, it was almost embarrassing.

Plus, my arm started getting tired from holding that heavy megaphone in front of his mouth every time I heard him mention my name.

So it was a swell end to a week that, of course, was not without his deflations. Foremost being the news I’d not be guesting on “The Today Show” with Matt and Savannah.

Now, I didn’t think I’d ever be on “Today” talking about my book. My dreams are more realistic.

But a guy I knew told me over the phone I was just the kind of guest they were seeking. And, ahem, he was a former “Today” producer.

I’ve contacted many of my media friends about promotional advice: Do they have any friends that’ll review the book or profile me?

He called me right back. We’d never talked on the phone.

“You’re perfect for ‘Today,’” he said. “Your book has a generational epoch theme and it’s funny. That’s just what they’re looking for.”

He hadn’t worked there in two years, but he was still friends with the remaining producers.

“I’m immersed in projects involving the commercialization of legal marijuana.”

I should have realized it then, but he’d given me a clue to the opportunistic outcome.

I sent him the book (and one of the “Crayons!”) and waited. And waited.

I messaged him a month later. Nothing.

I messaged him a month after that. He sent back a terse note that his “Today” colleagues are jumping ship and he has few friends left at the Peacock.

So why did he reach out the way he did?

Does he enjoy messin’ with Sasquatch? Was it an elaborate scheme to snag a free book? Was he high when he called?

All I know is we all need to be skeptical of any offers that seem too good to be true.

Consider it “sound” advice from a guy who understands how audio book negotiations work.