June Tweets of the Month 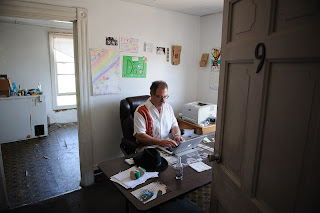 How many other writers could produce such a heady mix of profound and silly? I wonder if I’d be more successful if I confined my disciplines to just one or the other. Oh, well. I can’t help it. I yam what I yam and that’s all that I yam. I think that’s from Plato …

Enjoy June’s tweets of the month and follow me @8days2Amish!

• Many writers are on shoe-string budgets. Me, I can't afford shoes with strings. I guess that means I'm on a flip flop budget.

• Maybe I'm superstitious, but I only buy things like thyme, basil and sage from farmers named Herb.

• Both daughters have caught on, but I still find it irresistible to phone pretending I’m Prez Obama just calling to praise their father.

• He admires Trump’s spunk, his moxie, but he thinks the kid needs some guidance, the tutelage of an old Washington hand. #Trump/Cheney

• All my life people have been telling me, "Chris you can't do this. You can't do that." They've been right about 90 percent of the time.

• Imagine how much better off we’d all be if humble “Need a penny/Take a penny/ Have a penny/Leave a penny,” were applied on a global level.

• How come the only ones who seem to get to blither are idiots? I'd just once like to see a blithering weatherman.

• Families are God's way of proving we're incapable of helping even those we love the very most.

• The reward of soothing mediocrity is among society’s most addictive painkillers.

• I’ll bet God wishes terrorists who kill in His name saying "God is great!" would at least add, "But I am not!"

• I’ve made a bold decision: I'm living the rest of my life in italics!

• She’ll deny it, but my wife just hasn't been herself since Heisenberg died. #BreakingBad

• Devotees of irony rejoice! Today we honor as a disciple of peace, a man who got famous beating the living crap out of others. #AliFuneral

• I detest the term spree killer. It makes it sound like so much fun.

• Anytime you hear of anyone dying suddenly, it should reinforce the need to be always living suddenly ...

• It’s said no two snowflakes are exactly alike. But I was upscale bar this weekend with 30 guys who looked, dressed & thought exactly alike.

• Never forget: A clear, sharp mind is a brute impediment to enjoying so much of life's whimsy and wonder. Bourbon works wonders.

• Reaping what you sew is good unless you’re a dressmaker who grows his or her own cotton then in which case you sew what you reap.

• I propose they rename phone book "The Big Book of Names & Numbers of People You Don't Know, Will Never Meet & Will Never Call.”

• I wonder if Jesus and God do anything special for Father's Day.

•I wonder if parents of boys born above the Arctic Circle ever struggle with the illogic of naming the fair-skinned child Tanner.

• Jordan Speith talks so much on the golf course he should be called Jordan Spekith.

• Ham radios will resume their popularity when they're constructed of ham.

• News reports of a local home being ransacked always make me wonder if the suspect is Santa, a man who runs with sacks.

• Today I feel like a futurist, but I predict the feeling will pass.

• It’d be a useful gauge of the woman's native optimism to learn if Carly Fiorina is still introducing herself as Ted Cruz's Veep.

• I wonder if Satanists, like other special interest groups, resent being demonized or consider it a badge of honor.

• The AK 47, one of the deadliest guns ever made, is capable of firing 600 bullets per minute. And right now someone is working on an AK 48.

• Daughter, 10, admits she was 3 before she realized my first name wasn't "Daddy." What did she think of all the other kids calling their fathers Daddy? “Copycats!"

• If we ever get another cat I'm going to encourage the kids to name it Copy. Copycat!

June ’15 Tweets of the Month

June ’14 Tweets of the Month

June ’13 Tweets of the Month