Full body transplant & why I'd want body of a black female 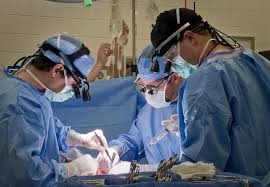 A 62-year-old former gas company worker in Harbin, China, has volunteered for a daring new procedure to remedy the cruel quadriplegia he suffered in a wrestling accident.

He wants an entirely new body for his fully-functional head.

This is just a guess, but I’ll bet he wants wants one that can kick the ass of the opponent who injured him.

The N.Y. Times said Chinese doctors are going to attempt a full body transplant for Mr. Wang Huanming. It would involve removing the head of a suitable cadaver and stitching the Huanming noggin up top. The story was about 2,000 droning words on procedure, science and ethics.

I was disappointed there wasn’t a single mention of donor selection process.

What kind of body does Huanming get?

I understand if you go in for a rhinoplasty you get to pick your nose — and I mean that in the purely cosmetic sense.

Breast implants, too. Certainly, the patient has a say in the size, shape and heft of the new hooters.

But what’s the protocol when you get a whole new body?

Is there a body catalogue? A necrophelia-friendly website? Or do they wheel Huanming through the Harbin morgue and pull the drawers open one after another until he finds one that looks just right?

He gets a brand new body.

Man, if it were me I’d snag something female.

See, I’ve always since adolescence dreamed of having instant access to a woman’s body. Oh, the youthful nights I went to bed dreaming I had a woman’s body in bed with me.

I just never dreamed medical science would one day make it possible the woman’s body I dreamed of possessing could be just below my neck.

Understand, mine wouldn’t be a sex change operation. My head would still be hetero.

In fact, with a woman’s body at my/her fingertips I’d become hyper-hetero.

Something from Victoria’s Secret would be nice, sure, but I wouldn’t be picky.

Ideally, I’d like a body with abnormally long arms so I could I could always scratch those hard-to-reach places.

And I’d want something short, about 5 feet or so. Any taller you’re always going to be hitting your head on open kitchen cabinets. Perspective adjustment will be a real bitch so you wouldn’t want someone who excelled at basketball.

Plus, a small body would make flying commercial feel roomier.

I think, too, for purposes of race relations I’d like the body of a black woman.

My white head walking down the street atop a black woman’s body would send a message that the races can co-exist.

Of course, my daring idea might cause stress on my marriage. Val would justifiably fear I was cheating on her even on nights when she knew I was home all alone.

And she might get jealous, accurately pointing out I was spending more time with my new body than I did with my bride.

But I’m sure the three of us would eventually learn to get along, and if I got one that was roughly shaped like Val we could cut our wardrobe expenses in half.

Sure, I’d miss things like writing my name in the snow and some of the other sporty recreations that go along with having a penis, but I still think having some strange woman’s body would lead to all sorts of fun.

I think it would make up for all those lonely years when the women I was chasing wanted nothing to do with me.

The article said the greatest risk would be the potentially fatal consequence of common transplant rejection.

That wouldn’t be a problem with me.

Female bodies have been rejecting me since I was 15.

Getting honked off about Egyptian nose jobs