Knowing when to quit & striving for The Perfect Gleason 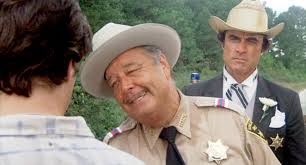 By now, many have you have heard how I end my popular “Crayons!” presentations. It’s no big secret.

After about an hour of laughs, stories and emotional surprises, I always wrap it up with the following (imagine me really hamming it up):

“I’m now going to do something you’ll never see J.K. Rowling, John Grisham or any of the other famous authors do. I’m going to tell you how my book ends. It ends with No. 501:

“Learn the fine art of knowing precisely when to quit … Thank you!”

But those are just some of the reasons it works. The main reason is because it’s honest.

Who doesn’t feel a sense of immense relief when a rambling talk concludes?

It’s the same with movies, books, and many once-passionate human relationships.

I put no real thought into ending the book like that. It just seemed nice and tidy, a neat summation of what the book is all about.

I’ve come to regard it as genius.

Because knowing when to quit is one of life’s great skills. And, yes, I practice what I preach. I had on Saturday perfect opportunities to bestow perfect endings. The result?

The jury’s still out.

See, my social calendar is filling up. Yours, too, I’m sure.

Saturday I had two far-flung engagements. I probably should have said no to one or the other, but both invitations promised free food and booze and my abiding cheapness must be obeyed.

So it was off to Mt. Lebanon at the home of a high school classmate with whom I’ve become belated friends through social media.

This is faux pas in the eyes of many cultured party guests who understand it’s proper to give busy hosts a mannerly cushion.

I didn’t give a shit.

And it was great. I spent about an hour alone with my friend Jim. We talked sports, friends, kids and enjoyed a bonding that somehow eluded us over four years of secondary education.

Then the other guests began showing up. I saw so many friendly faces. I was having fun.

I wish I could have stayed longer, but I had another party in Murrysville and I had to be responsible.

I knew when to quit.

The Murrysville party was with my friends from the book club. I feel a cheerful indebtedness to them for the boost they gave my book right out of the gate.

It was back in February when one of them called and invited me to a Bridgeville home where they were going to discuss “The Last Baby Boomer” (they’d bought 18 copies). Their praise that one night validated all I’d thought about this oft-rejected satire and convinced me I’d achieved something many more prestigious authors never do: I’d written a really good book.

Plus, on this night they were discussing my all-time favorite book, Joseph Heller’s “Catch-22.” I try and read it at least once every three years and intend to at least until I have it memorized with same reliable clarity as I do “Exile on Main Street,” which is to me its musical equivalent in prestige.

And the coincidence allowed me to use the line I use anytime I’m asked about my next book: “It’ll be an epic tale of love, hate, revenge, heaven and hell that I’m guaranteeing will be twice as good as ‘Catch-22.’

It was a very nice evening and I really enjoy being around an intelligent group of readers.

We we were bantering about Yossarian, Milo, Orr, Aarfy and the moaning episode that so enraged General Dreedle when I saw it was nearing 10 p.m.

Time for me to split.

I stood, said I had to go, and went around the patio to say my goodbyes with hugs and handshakes.

Twice within four hours I'd known when to quit.

I’d left two fun parties before I’d said anything too stupid, before anyone saw me with a meatball dangling like a marinara-dipped Christmas ornament from my mustache and way before I gave into the thrilling old impulse to turn kleptomaniac with the family bath towels.

The only thing marring an otherwise flawless departure was my timid inability to pull of The Perfect Gleason.

I’d read about it when I read a profile of the legendary comic Jackie Gleason, star of “The Honeymooners,” and “Smokey and the Bandit,” a movie Val and I find hilarious enough to watch about once a year.

The story said Gleason was enigmatic on the “Smokey” set, that he’d deliver these wickedly filthy and profane lines on the first take causing the cast and crew to roar with laughter.

Then Gleason would without a word stand there with his hand out until his jiggly blond assistant brought him a fresh martini. He’d then saunter to a designated recliner where he’d sit in silence until it was time for his next scene. And when the day was a wrap, Gleason should stand up, drain the martini and say, “Ladies and gentleman, it’s been a pleasure. Good evening!"

And away he went, another fresh martini in his hand.

No handshakes, no follow-ups, no awkward farewells.

But how to pull it off without appearing rude or arrogant? I don't have the chops.

Say, that reminds me of the story about the night in Austin when me and …

Ladies and gentleman, it’s been a pleasure. Good evening!

My night with the book club & “Last Baby Boomer”