"Sing me a song, you're the bartender!" 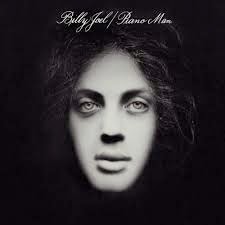 I finished my third weekend of working at The Pond on Saturday so I guess this is as good a time as any to reveal some of the surprising things I’ve learned tending bar at a 60-year-old family tavern.

First, my friends all have full faces. I guess the reason I’m surprised by this is we’ve sat side-by-side in one long row of bar stools for so many years I never saw more than their profiles.

When I’m serving them drinks, I’m seeing them full on. It’s a bit unsettling. I never suspected any of them were two-faced, but I had no idea they were one-faced.

I told an old buddy of mine about the revelation.

“You think that’s surprising,” he said, “this is the first time any of us realized you were capable of real work.”

Secondly, I was surprised late Saturday night by how many sad and lonely people come into the bar to try in vain to drink their troubles away. It reminds me of the line from the 1991 U2 song, “Until the End of the World.”

“In my dream, I was drowning my sorrows, but my sorrows they learned to swim.”

It’s odd for me because I’ve always considered bars happy places. I think that’s because I’m prone to laughter and inebriation so a lively bar is my natural habitat.

But as the clocks ticked toward midnight on Saturday there was a lot of melancholy in the bar. Part of it, I suspect, was because Dave likes to listen to “The Bridge,” mellow adult contemporary classics by acts like “Bread,” “James Taylor” and “Seals and Croft.”

So if you’re prone to drunken introspection, hearing songs from 1979 that remind you of the night your prom date broke your heart and how it’s all been down hill since will only deepen your depression.
That meant Saturday turned me into Billy Joel on “The Piano Man.” Three people I barely knew felt compelled to unburden themselves on me whenever I stopped by the freshen up their drinks.

Ben ordered a dozen wings. The Pond’s wings are great. We talked about other wing spots.

I told him how every winter me and Val like to take the kids up to Quaker Steak & Lube in Sharon, Pa., and spend the night in a nearby hotel. It’s just a great destination restaurant, a fun tradition and nice way to break up a dreary winter.

“I never had kids so I never got to enjoy a weekend like that. I was married once. But that bitch left me. I’ve never gotten over it. I don’t think I’ll ever be happy again. You’re a lucky man.”

Now, how the hell am I supposed to respond to that?

I can’t very well admit he’s right because that would be like rubbing the poor guy’s nose in it. I can’t disparage my family or tell him I know a lot of guys with big families who yearn to be single again.

Know what I said?

“Well, the Bucs are back above .500 and it’ll be about five months before we have to shovel any snow again, so you’ve got that going for you!”

Peggy is friendly enough, but a bit delusional about her appeal. She wants my job. She’s pestering Dave to hire her. Dave ignores her.

“If he hires me, I guarantee his business will go through the roof,” she tells me. “I’m a great bartender, people love me. I’m pretty and I’ve got great tits. And when I work a bar I wear really low-cut blouses. Drives the men wild.”

I don’t tell her that Dave doesn’t want wild men in his bar and that, really, there are usually about four or five guys who eat lunch there who have bigger tits than she does and nobody really cares.

She’s a lonely single woman and her looks are fading. I tell her, “Well, if Dave doesn’t hire you, I’m sure you’re going to find a great job where your talents will be appreciated the way you deserve and it’s all going to work out great.”

Ken thinks his wife is cheating on him. He knows he’s drinking too much, but the love’s gone out of his marriage and he can’t bring himself to care.

“The only thing that really gets me is how much I’d miss my daughter. She’s 10 and it’d kill me if my wife takes her to Ohio to live with the boyfriend she goes to screw when she says she’s visiting her awful mother.”

I tell him he should go sit next to Peggy. He thinks I’m kidding.

Why these people think I have the answers is a mystery. To them, I’m just a bartender at a friendly neighborhood joint.

In fact, what I tell them all in essence is what I recommend for anyone who’s struggling.

I tell them they need to cheerfully persevere through every disappointment and hardship and that being happy isn’t as important as always trying to be happy. Happiness can be taken away. Always trying is what makes happy a habit.

And it’s good that there are places where people who are feeling blue can come and unload on strangers, places where there are friendlies who are at least willing to listen to anyone who feels they need to talk.

And that’s The Pond.

Except from today through July 7 when we re-open after Dave’s annual summer hiatus.

So this week you’re all just screwed.