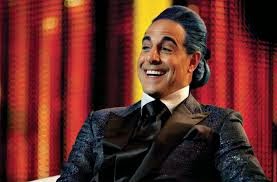 (981 words)
There was a brief moment when I thought of asking the nervous third graders to spell “mahankali,” “snigdha,” “sukanya,” and “shivashankar.”

They are some of the names of recent National Spelling Bee winners.

I didn’t do it because I didn’t want to do anything that might stir controversy at the Greensburg Chapter Rotary sponsored spelling bee for 30 top students from the Greensburg Salem and Hempfield Area school districts last Thursday.

Yet controversy is what we nearly had.

It was all over a common word, a noun, that every single adult I’ve since tested it on failed to spell properly.

I’ll get to that, but first I want to share some of things that go through the mind of the designated word master as he or she reads the words aloud to 8 and 9 year olds standing on an elementary school stage before about 100 parents, teachers and supporters.

First was this: Never, ever move your lips like you’re spelling the words you just said aloud when the kid is staring straight at you. Adhering to this commonsense benchmark was incredibly difficult because the children were so darling. Many of them were very nervous and I wanted them all to succeed.

Yes, I was hoping I’d preside over the very first spelling bee to end in a 30-way tie.

Ribbons and trophies for all the kiddies!

In my pre-bee preparation I’d tried to emulate Caesar Flickerman, the flamboyant Stanley Tucci character who hosts “The Hunger Games.” I wanted to be ingratiating, fun and put the children at ease. And having for two hours a captive audience usually brings out the ham in me.

It’s a tribute to the gravity of the situation that I didn’t make even one stupid joke.

Instead, I was incredibly disciplined. This rare burst of appropriate behavior emerged because I right away realized I was part of a very professional team of judges and Rotary facilitators who were eager to ensure this bee flew right — and if you’ve seen bees fly you’ll know that’s an ambitious goal.

During the first round I’d greet the students with a smile and say, “Your word is ‘mark.’” Then I’d say it in a sentence, “I accidentally made a mark on Joe’s paper.”

There was no bell in this bee. Instead one of the judges held one of two signs; one read, “Correct,” the other, “Incorrect.”

We sailed through the Round 3 until we got to the word “autumn,” and a girl transposed the “m” with the “n.” I knew right then she’d go the rest of her life despising the word, if not the whole damn season.

If I had been Caesar Flickerman and this had been “The Hunger Games” I’d have had a big lever beside me and have pulled it triggering a trap door beneath the speller and sending her into a void from which there’d be no return.

Instead I just stared at her with a consoling little smile and watched her sadly walk away.

Man, did I want to give her a hug. I felt so bad for each of them as one-by-one I had a role in shattering their dream of winning glory, a trophy, a free iPad and a chance to ride in the Rotary car during the July Fourth parade.

The departed left on Round 5 words like “temperament,” “lieutenant,” “caricature,” and licorice.”

We were at it for 90 minutes and my feet were starting to hurt. Still, about half were still going strong in Round 7 with words like “chandelier,” “limousine,” “buoyant,” and “aerodynamic.”

I’d read through 223 words by the time my word book moved into uncharted territory. I announced to the students and the audience: “We are now entering the Bonus Round. You will now be asked to spell words you’ve not had a chance to study.”

There were six students left and I’m not exaggerating when I say it was the most tension-filled room I’ve been in since my wife gave birth.

The situation was ripe for controversy — and I don’t mean “controversy” was one of the spelling words, although for the sake of irony I’d have enjoyed it if “controversy” had led to bee controversy.

No, the word was the name of a state.

It doesn’t matter which one, because I’d wager none of you would spell it correctly either, as did none of the 20 or so people I’ve since asked.

The boy spelled it “P E N N S Y L V A N I A,” which is under any other circumstances the proper way to spell Pennsylvania.

Just not in an official spelling bee when it is supposed to be spelled “Capital P ENNSYLVANIA.”

That’s when after some conferring the judges realized their error, as unfair as it was. Had I been more experienced I’d have had the savvy to skip what in hindsight looks like a dirty trick question.

I explained their decision and told the boy he had to make the walk of shame.

But it all worked out in the end. The judges decided it would have been an unjust conclusion and invited the boy and the last three dismissees back to the stage to have another go.

And the Pennsylvanian won!

Well, we were all Pennsylvanians, but I think you know what I mean.

I think doing so is a capital idea.

The long, true story of my epic Game 7