The Pond's new bartender debut: me! 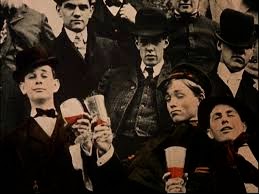 Well, the Pirates have yet to lose on a night when I’m tending bar.

Perhaps. But I thought it might be helpful to let the Bucs know they have a potential slump buster out behind the bar in Latrobe.

I worked my second night in a row Friday and put up with a lot of jokes that it was only the second night I’d ever worked anywhere.

How did it go? Was I nervous? Break anything? Spill schnapps on a customer?

It went fine. The bar was full from about 6 to 11 and we all had fun. I wasn’t nervous and made no major errors.

Understand, I was pouring drinks for mostly happy drunk people and the more drinks I poured them the happier they all got. It’s a very convenient formula for a successful night. My friend Dave asked me to help him out while he looks for a new bartender. So it wasn’t exactly like I’d been thrown into the cockpit and asked to land a crowded jumbo jet on runway Three Zero Niner.

I poured a lot of beer and made a lot of idiot-proof mixed drinks whose recipes are described by their names (Rum and Coke, Gin and Tonic, etc.) Once you figure that out, the only real trick to keeping the customer happy is be snappy with the beers and with the mixed drinks always pouring a little more booze than soda in the glass.

Here’s some of the things I learned being back behind the bar:

• I am capable of being genuinely nice to people I used to prefer ignoring.

There were about 10 of them in Friday night. They’re the ones I’m referring to when I argue that little neighborhood bars like The Pond should have personal seat licenses. They just rub me the wrong way. They talk too loud or are otherwise offensive to my dainty sensibilities.

Now, I have to take care of them.

You know what? It wasn’t that bad.

I’ve always contended I was a people person when what I really meant was I was a some people person. I liked being nice to the people I liked. Tending bar mostly means you have to be nice to everyone.

And I was. I made friends with some people I’d previously disdained.

• There are a lot of drunken reprobates living right here in Mister Rogers’ Neighborhood. I thought I liked to drink. Man, I’m a piker compared to some of the drunks I served this weekend.

I’ll sit and sip beer and BS most of the night when I’m out and if get really blasted it’s accidental. Maybe an old friend came in or one that needed to celebrate or commiserate over shots.

It’s never once been my intention — well, not in the last 10 years — to go into a bar and get smashed out my mind, so drunk that I’d be incapacitated for the next three days.

But there were about four or five of those guys who came in last night with that very intention.

And they needed me to git ‘r done!

I was duty-bound to oblige within the sensible bounds, of course, of the bar's responsibilities regarding the law.

One guy was practically guzzling Budweisers and Yukon Jack. He told me about his job down at the specialty metal plant, his ex-wives, his multiple DUIs and the times he’s lost fights with cops.

I told him about how Budweiser and other beers with “born on” dates mean each beer has an astrological sign. For example: I told him that because Anheuser-Busch was thoughtful enough include a Feb. 12 “born on” date, it meant his beer was an Aquarius and that the two of them were very compatible.

Turns out he was compatible with a Sagittarius, a Capricorn, two Pieces, and a surprising run of four frosty Leos. He and bottled beer really got along.

Too bad, but I don’t think he remembers a word I said.

Right in the middle of my beer astrology session he stood up and lurched for the door, leaving $15 and a half-full Gemini on the bar.

When he didn’t return for 15 minutes, I asked Dave if that was routine behavior for this pedestrian. He said it was.

After another 15 minutes we stuffed the money in the tip jar and poured the remaining Gemini down the drain.

• I can finally open a twist-off beer bottle.

I for years have resisted this because it hurts hands more suited to typing than twisting. I use a bottle opener I keep on my key chain.

I’ve had other men make fun of me for using it, hinting only a sissy would shy away from using his hands to open a beer bottle.

They play right into my little trap.

“Oh, yeah,” I say. “Well, would a sissy wrestle alligators, base jump off a 108-story building or lay on a bed of nails with 50-pounds of concrete on his chest and have a circus strongman smash the stones with a sledgehammer?”

In the line of duty, I’ve done plenty of he-man stunts I’m happy to brag about if someone impugns my manhood over a failure to swiftly open a 12-ounce domestic light beer.

But I soon realized prying multiple beers on the mounted opener was inefficient, so I took to twisting. Today, my hand hurts, but I feel more like a man than I did the night before.

This occurred to me after a Regular Joe — The Pond has seven of them and they’re all conveniently named Joe — shook my hand and said, “Look around, the place hasn’t been this jovial in years. That’s thanks to you.”

His comment alarmed me because he was very drunk on Tequila and Tonic and I feared his next move would be to kiss me and that would cause the jovial atmosphere to dissipate. But I knew what he meant.

Any new face in a place so used to routine brings a happy new dynamic. The bartender who recently left is a good friend of ours and we all miss him. But he was in a real rut. Tending bar for years and years in a place where you come to know everyone as intimately as family can wear an otherwise cheerful soul down to a sorry nub.

Dave’s planning on hiring someone who’ll be the regular bartender, but I think we’ll figure out a way to keep me in the mix and that makes me happy.

It’s a real pleasure for me to enjoy such a high-profile role in such a special little place. Some great friends came in last night to see me and at the end of the night I looked around and everything was perfect.

The Pirates won on a 13th inning home run by new rookie sensation Gregor Palanco. The weekend was off to a splendid start. Everyone was happy to be out with friends in a carefree kind of place that often has a way of making life’s many miseries seem remote.

And now I come to work in the morning upstairs above The Pond and on some nights at the end of the day I’ll be going right downstairs to work at The Pond.

If I can convince my wife to sell the house and move the family in down here I’ll never need to leave the building again.

The trick then for me, as it is for everyone, is always finding a way to make the places we’re obligated to be more playground than prison.