Bullies, my 'stache & insane reaction to my speech 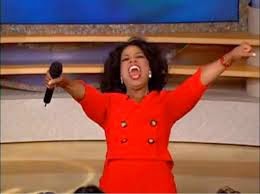 Of the 100 or so questions asked of me by West Virginia University college students last week, two stand out.

One was how did I get my mustache to be so cool; the other was how do I get the bullies to stop tormenting a special needs girl.

This was at the school’s Jackson’s Mill retreat in Weston. I was asked to address 250 4-H students about how to pursue happiness as they go through life. They bought 250 books and paid me a 30-minute speaker’s fee so tidy it took my breath away.

And to think of all those times people offered to pay me just to shut the hell up.

It could not have gone better and at the conclusion the students rose from their seats and reacted like I was Oprah and I just announced they were all getting free cars.

They did this because that’s what I asked them to do. My address was being filmed and I wanted to post on YouTube an insane reaction. So I concluded the speech the way I always do and then told them I wanted to do the last 30 seconds all over again with as raucous a reaction as they could muster.

Right on cue, they went absolutely out of their minds. It was very funny and I ought to have the clip posted by tomorrow.

It’s something I’ll not soon forget.

I basked in the warm reaction as students came up to talk and thank me. One of the first was the guy with the peach fuzz.

“How do you get your mustache to grow like that?”

I’m getting so many compliments on my mustache these days I’m thinking of seeing if there’s a need for a mustache model. It’s full, gentlemanly, luscious and prosperous. It looks like it belongs on a much wiser man.

There are days when I bet my wife wishes she was married to my mustache instead of to me.

I asked the kid how old he was.

I told him my mustache was every bit as crappy as his from 1992 to about 2007. One of the keys, I said, for me was to grow a scraggly beard every winter. That frees you to let your mustache sprawl to an unsightliness it needs to flourish.

Then the only part of the ‘stache you should trim is the line right above the lip. This will give your lip the push-broom brush effect I think you’re seeking.

He thanked me and walked away.

I was blessed to touch many lives at the camp, but if it turns out I only helped one person then I hope it’s that kid. I know how important a great mustache can be to soulful happiness.

Oh, how I wish the advice I had for the special needs girl was nearly as coherent.

She came up all smiles and sweetness. She said she thought I was very funny and she had a question:

“I’m a special needs student and I have a friend who has Downs Syndrome. What can I say to get the bullies to stop being so mean to us?”

It was a question for which I was wholly unprepared.

I stammered a bit and said there will always be mean people and what she and her friend need to do was not let what they say bother them.

In hindsight, I wish I’d have told her to tase them in the testicles.

That, I’m sure, would do the trick.

I guess there are laws against that, but there shouldn’t be.

I despise bullies and right then and there I wish I could have said I’d accompany her and her friend to the next time she was sure they’d be seeing the bullies. I’d give them a stern talking to and tell them that their meanness was wrong and they should change their ways.

I’d sell them crayon-signed copies of “Use All The Crayons!”

And if that didn’t work I’d tase them in the testicles.

I wish I’d had some pithy wisdom to impart, some insight that could ensure she and her friend would never be troubled by the cruel meanies again.

Maybe next time I’ll be more prepared. I doubt it.

I can only hope one day I’ll be even half the man my mustache has become.

Oh, and here's the link to the YouTube video of my stunt. Check it out. Funny!

How I look with half a mustache

Oprah & the art of the interview

My fears of public speaking
Posted by Chris Rodell at 10:23 AM