Tweets of the (last) month! 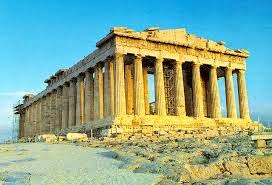 Some good ones here, yes. I like the one about “Roberto Duran Duran” and “Ancient Grease.” But, really, I should just keep re-running the 70 or so gems I came up with last November. I swear, the philosopher Confucius would read those tweets and wonder, “How does he do it?” As always, any new followers to @8days2amish are welcome and, as always, I’ll make sure readers of the blog always get the good stuff without having to stray.

• Don Cheadle was nominated for a 2004 Oscar for his role in "Hotel Rwanda." I love Cheadle but he didn't stand chance. Cheadles never win

• Many of us used to live lives of quiet desperation. Now, thanks to Twitter, all our desperation is at full blast. Let's turn it up to 11!

• Don’t take this wrong, but if you know more quotes from “Art of War” author Sun Tzu than you do Fred Rogers you’re probably an asshole.

• I miss cheap gas, good music and simpler times but I'm most nostalgic for the day when I didn't know your politics and you didn't know mine.

• People who fake sleep to get out of midnight lovin’ are bulldozers.

• If making botanical sense was a goal of our language, pineapples would grow on pine trees.

• Hershey, Pa., is a company town that looks like how all company towns would look if companies were run by 6 year olds.

• Garish individuality is so common that conforming is the new non-conformity.

• Would Elvis have ever reached and maintained his iconic status if his folks had named him Todd?

• Used to tell well-mannered folks they must have been raised by good parents. Now realize many turn out good by disregarding awful ones.

• I’m so pretentious my voice mail ends with, “If this is a real emergency please call 911.” Like others call me to schedule surgery.

• I one day dream of seeing a telephone pole constructed entirely from old telephones.

• Drives me nuts when newscasters declare Cali wildfires out of control. Of course they're out of control! They're not called tame fires.

• Most of our smart phones store so much stupid crap that dropping them down the toilet actually makes logistical sense.

• I’m inexperienced in either endeavor, but I imagine a tame goose chase would be just as exhilarating as a wild one.

• Asked daughter, 8, if she'd had anything healthy to eat today. She said her gum was strawberry. I surrendered to her logic

• Due to frequent collateral damage, I propose the military begins distinguishing ballistics by calling some bombs missiles and others hittles

• He’s cheerful, polite, and enjoys laughter. Go ahead and tell people the Pillsbury Dough Boy is among the world’s greatest roll models.