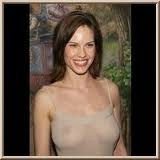 Google “Hilary Swank’s nipples” and this is the fourth top story that pops up. That’s impressive, only slightly less impressive than the nipples themselves. I’m re-running it today because I saw for the first time this summer the nipples on the old man down the street. His nipples are repulsive and should never be seen in public.

Oh, well. What are you gonna do?

I never really gave much thought to the nipples of my neighbors until I saw Hilary Swank’s.

Josie liked it and found Swank very appealing. She asked me to Google up some pictures of her to see what she looks like when she’s doesn’t have sweat rolling off her nose.

Sure, I minimized it when Josie approached in favor of something you’d see in People Magazine. But the instant she turned away I clicked back on the one more suitable for Peep-Hole Magazine.

Now, I’m 50. I am by any standard an old man in my neighborhood. But these guys, man, they’re pushing 80 and they can’t seem to keep their shirts on.  It’s seems like it’s an unwelcome trend: old men who stopped caring what they looked like back when Nixon was still president are letting it all hang out.

There’s this one old timer whose nipples I see more often than those of my wife’s.