Taking my BRF (Bitchy Resting Face) for a walk 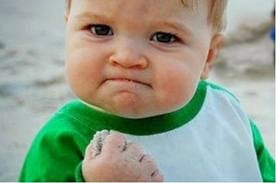 (835 words)
I was in the middle of a 1.5 mile forced march along a desolate stretch of highway when it occurred to me I really ought to be smiling even though there was no real reason to smile.

It was humid. Sweat was pouring off me. I was on the way to retrieve my car from the repair shop which was charging me $246 to repair the brakes and rotors and I was internally grumbling that the busted AC was going to remain busted after the mechanic told me it’d cost $770 to repair.

“It’s the condenser and those things aren’t cheap,” he said.

Then we are at AC loggerheads because even though condensers aren’t cheap, I am. I can’t see paying that much for AC as long as the windows roll down and my barber excels at bestowing nice tight haircuts that appear presentable no matter the weather conditions.

So why was I thinking I ought to be smiling?

Because my friend Jim does.

He’s an old buddy from my Nashville Banner days and he runs marathons. That’s not unusual. Many of us are familiar with fitness buffs who endure extreme conditioning.

But Jim makes sure he does it with a smile on his face.

He posted a picture of himself smiling at mile 22, a marathon benchmark when many other runners are either vomiting or appearing miserable.

He said he was doing something he enjoyed and wanted observers to know by the look on his face that he was having fun.

“I have to remind myself to do it, but I think it sets a good example.”

I’m reminded of Jim every time someone sees me in public and says I look really pissed off.

Happened again last week when I was crossing the street to come into the bar.

Now, when I walk into a bar, especially The Pond, I’m usually approaching peak happiness. My cares dissipate. I’m looking forward to laughter. People are happy to see me. I’m often surprised my entrance isn’t accompanied by showers of confetti.

That’s why I was surprised when one of my buddies said, “What’s wrong with you? We saw you crossing the street and you looked like you were ready to kill someone.”

“What were you thinking about?”

“About how finding, securing and putting a rabbit into a hat requires just as much if not more magic as pulling it out of one.”

It’s something to think about next time you see my wife and wonder how come she’s not smiling.

I’ve heard what I guess is my condition sardonically described as BRF (Bitchy Resting Face). It started out as a “Funny or Die” video, but it’s now an appearance disorder being heralded by plastic surgeons eager to find another way to enrich themselves by preying upon the ever-descending self-image pop culture inflicts on us all.

They’re doing “expression surgeries” so BRFers like myself can appear more sunny when we’re standing at places like bus stops.

I was conflicted about grinning on my walk. It was no metaphorical walk in the park. It was down a desolate stretch of highway littered with trash and raccoon roadkill. I passed only one lone pedestrian and he wasn’t smiling either. He wasn’t exactly friendly, but he was at least informative. He said, “Watch out, there’s a bunch of needles up near the cloverleaf.”

So this was no barefoot tiptoe through the tulips.

I considered smiling and deemed it inappropriate.

I imagined people would see me and say, “Well, lookee there. It’s Rodell, on foot and grinning like an idiot. I guess he finally got his DUI. He’s probably already drunk right now and it’s only 2 p.m. ... Jackass.”

But it’s also different for me because I’ve authored a book that purports to be able to make readers happy.

I’m proud of my book and believe in its message, but I’d have a real difficult time arguing the point if it’s ever put to me the way it is in that hypothetical.

I guess what I’m saying is if you see me trudging along some mean stretch of hypodermic-strewn highway and all you notice is my bitchy resting face, know I’m grinning somewhere deep inside

And if under those same conditions you see me beaming sunshine, you can surmise I’ve taken the admirable advice of my good friend and decided to let all the world know I’ll meet all its many marathon challenges head-on and with warmth and cheer.

Either that or I’m already good and drunk.

The vanishing stigma of typpos

Honked off about Egyptian nose jobs

Results of my weekend crashes, my computer/my car
Posted by Chris Rodell at 2:10 PM

You should try and manage a smile once in a while -- it makes people wonder what you're up to! BTW when I smile while I'm running, it's usually an effort.

Still, Jim, it's a noble effort and a useful reminder for all of us.