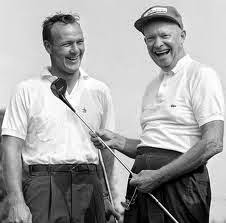 This is the one weekend a year when every dog, bird and woodland creature walks around with the very same WTF? expression.

The Blue Angels are in town!

More on that in a bit.

It’s the Westmoreland County Airshow at the Arnold Palmer Regional Airport. It’s a big deal and draws tens of thousands of people to Latrobe. Headlined by the U.S. Navy Blue Angels, it’s one hell of a show.

It’s difficult to comprehend how mutually thrilling and unnerving it is to have a team of F/A-18 Hornets tearing holes in the sky a couple hundred feet above your head.

If you’re inside, you run outside to catch a glimpse. I did this maybe 100 times yesterday afternoon when I was working from home..

One flew so close I swear the papers on the table fluttered.

The dog kept looking up at me in confused fright. I’d try and explain to him that the world isn’t coming to an end, but a dog who doesn’t understand TV commercials — how do we all know without speaking to simultaneously get up and go do our things when a Bud ad comes on? — certainly wouldn’t understand supersonic jet propulsion so why bother?

Dave and I wondered during lunch yesterday how long it would take a jet flying at 600 mph to fly 42 miles from Latrobe to Pittsburgh.

He calculated it would take four minutes. I wondered if that included the typical traffic delay outside the Squirrel Hill Tunnel.

It’s all everyone’s talking about.

It’s so exciting I asked Val if last night she wanted to go up to the Arnold Palmer SpringHill Marriott Suites hotel and try and pick up a pilot.

In this regard, I’m maybe the world’s most understanding husband. She’s borne being married to me with patience and good cheer, mostly, for 17 years and rarely complains about my career never taking off.

I feel it’s only fair to give her a shot at being with a guy whose whole existence is all about taking off.

So she was disappointed when we got to the snazzy hotel bar and learned the Blue Angels weren’t staying there. They were all staying at a hotel in Greensburg 10 miles away.

Argue all you want about the Bowe Bergdahl situation, but I contend not having the Blue Angels stay in the Arnold Palmer hotel where AP wants them is the bigger intelligence failure.

I’m pretty certain Arnold Palmer is disappointed we don’t stay at his hotel more — and we have a home here!

He’s eager for people to patronize the hotel, play his golf course, drink his tea, etc. And it’s just good manners to do so because, c’mon, it’s Arnold Palmer!

Just the other day I saw pictures posted of the Blue Angels at his office paying homage to maybe the only human being they know is cooler than themselves.

But they won’t stay at his hotel?

If you’re a U.S. serviceman or woman out for a frolic on the government tab and this ever happens to you, let me explain the protocol of how to react if you’re ever in town. You say, “I’d like to stay in Arnold Palmer’s house.”

If he says no — and he might not — then ask if you can stay at one of his guest properties at Latrobe C.C.

If those are booked, ask if he’ll let you stay at his hotel. It’s very nice. I’m sure he’ll be fine with that.

What you don’t do is spend Arnold Palmer’s tax dollars at the Greensburg Ramada.

Today’s the 70th anniversary of the D-Day invasion and the guy primarily responsible for winning what was the most consequential victory in the history of mankind went out of his way to surprise Palmer at his home on Palmer’s 37th birthday.

And Ike, a man who knew a thing or two about tricky logistics, showed up at the Palmer house and asked if Palmer could “put an old soldier up for the night.”

Palmer was caught completely by surprise.

This is all happening the day after former Blue Angel commander Gregory McWherter was found guilty of conduct charges involving pornography, sexual harassment and failure to stop lecherous behavior in the workplace.

It’s my understanding that those were some of the same illicit incidentals armed forces recruiters once used to get men to enlist. Now they’re using those same reasons to end their careers.

Anyway, here in Latrobe we’re looking forward to a great show, and I’m confident the illustrious unit will correct its leadership issues and the team will fly right.

As they’re going directly over the top of my home at 600 mph I can only pray they do.

Arnold Palmer gave me boogies on Monday
Posted by Chris Rodell at 10:12 AM