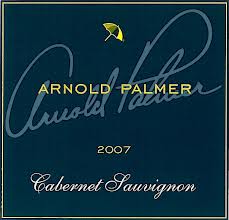 (684 words)
Sometime in the next four hours I will break a federal law. I admit this brazen act here because the outlaw thrill makes me tingle.

The crime I intend to perpetrate?

I’m going to lie to my mail lady.

Out of the way, Capone! Here comes Chris Rodell!

Yes, later this afternoon our friendly USPS rep will accept a wine-bottle shaped package from me and suspiciously ask if it contains any alcohol, firearms, or perishables.

And I’ll say, “Why, no! No, it does not. In fact, I’m sending a friend in Chicago a new bottle of laundry detergent that just happens to be shaped liked a bottle of wine. It’s from 2007, a very fine vintage for boutique laundry detergents.”

The whole time my eyes will be doing that sinister back-and-forth shifty thing they reflexively do whenever I’m engaged in telling a real whopper.

My buddy took me on a golf/party weekend to Penn State earlier this summer and I’ve wanted to express my gratitude by sending him a bottle of Arnold Palmer cabernet sauvignon wine.

And you thought Palmer just made that hip tea.

I’ve been giving the AP wines as gifts to golfing friends who do me favors. Along with a Palmer autographed bag tag it makes a perfect gift. So I stopped by the state store and picked up a bottle.

But I was stymied when I casually asked our postmistress for a package to mail some hootch.

“Oh, no,” she said. “You can’t do that. It’s against federal regulations. It’s illegal to mail wine.”

I asked how wine made in California gets here to Latrobe. I was hoping maybe she’d say mule train.

“The distribution and transportation of alcohol has been highly regulated ever since Prohibition.”

Thanks a million, Andrew Volstead!

UPS told me they might ship it if I’d drive it to the New Stanton distribution center. Too inconvenient, certainly, and she sounded doubtful.

FedEx was so adamant it couldn’t be done I began considering consulting MapQuest about I-80 construction projects in case I had to drive the wine to Chicago myself.

(How’s this for coincidence: Just heard a noon news report that said changing the law would earn the USPS $50 million a year).

I asked a friend of mine, a restauranteur and wine wholesaler, just how on earth an everyday Pennsylvanian can ship a bottle of wine.

But mailing wine is against the law, I said.

His eyes rolled back in his head so extravagantly for a second I thought my remark had triggered an out-of-body experience.

The trade off of being blessed with such sweet, simple innocence is that it often leads to bitter bouts of cruel ridicule just like that.

I was still nervous. I needed re-assurance.

I needed to talk to drunken mailman.

Happily, I know two of them. If one or two more drunken mail carriers start hanging out at The Pond, it’ll be a certifiable trend and I’ll write about it the instant  they do.

Right now, we’re up to two. And one of them is, of course, named Joe.

He told me lying to a postal clerk was a low-risk crime.

To test his contention, I told said he was a gracious bar companion welcome to drink with me anytime and that he was a one handsome fellow, to boot.

He smiled and said thanks, so I’m learning that fibbing to postal folks is a cinch.

So today I’ll be heading to the post office with wine on my mind and lies on my lips, but first things first: I need to stop by the state store and snag another bottle of AP wine.

I got thirsty the other night listening to the Pirate game and guzzled the whole bottle.

Funny, isn’t it? A bottle of wine that’s been the subject of so many postal considerations can really deliver without ever leaving my back porch.

Email ThisBlogThis!Share to TwitterShare to FacebookShare to Pinterest
Labels: Arnold Palmer wine, drunken mailmen, how to mail wine in Pennsylvania, lying to the post office, The Pond Latrobe, the Volstead act's continued perfidity