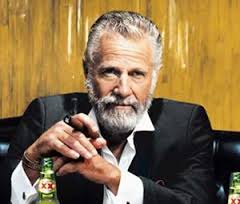 (704 words)
Friday night at The Pond promises to be either one of the best or one of the worst nights in the bar’s 59-year history.

And one way or the other, a disproportionate share of the glory or the blame will likely fall on me.

That’s because on Friday at 5 p.m., producers from The Golf Channel will descend on my favorite bar to film locals yapping about Arnold Palmer.

And I had nothing to do with it. Honest.

One of Palmer’s most trusted assistants has been hooked on them since he first started coming to The Pond about 20 years ago as a Saint Vincent College student. He now lives in Orlando where he helps Palmer oversee his globe-spanning empire.

Lavish business trips to exotic destinations in China or Europe are as routine to him as ordering Pond cheese sticks are to me.

He’s a very worldly, very refined and discriminating gent -- and I’m not laying it on extra thick just because I know he also loves this blog (thanks, Cori!).

So when he asked me last week to share on-camera some of my Palmer stories for the show, he also said he wanted to include some Latrobe locals talking about Palmer -- and he wanted to have them do it right here at The Pond.

He asked me to line up some local characters to tell some great stories about Palmer.

So now I have a vested interest in shining as positive a light as possible on both Palmer and The Pond.

Palmer, of course, should be a cinch. Everyone knows his accomplishments, his philanthropy and his friendships with both regal and democratic heads of state.

But The Golf Channel isn’t coming to The Pond to hear any of that.

That’s why tonight I’m hosting Pond auditions to get creative storytellers to tell tales that add depth and color to the Palmer legend.

And if all goes as planned, they will be legendary indeed.

First, I’ll be casting a glowing young woman who’ll say Palmer just appeared out of no where to deliver her healthy septuplets. “My water broke in traffic and I knew I’d never make it to the hospital so I pulled over and just tried to stay calm. I knew help was on the way. See, in Orlando pregnant mothers go to the Palmer hospital to deliver babies. Here in Latrobe, Arnold Palmer comes to pregnant mothers.”

There will tear-jerker stories of Palmer rescuing cats from trees, saving blind grannies from burning buildings and thrilling tales of Palmer interrupting his Sunday morning round of golf to repair broken TVs moments before Steeler kickoffs.

I intend to cast a dead ringer look-alike to the Dos Equis “World’s Most Interesting Man” who can be filmed sitting in the corner and repeatedly mouthing in astonishment, “Wow!”

And don’t bother auditioning for the role of the eternally grateful woman Palmer bequeaths after hearing her pitiful story about her no-account husband who spends night after night in a local tavern dreaming up preposterous stories for his deadbeat blog.

The role’s perfect for my wife.

I’m not worried about The Pond shining. People love The Pond. It’s very authentic. Earlier this week WDVE 102.5 sportscaster Mike Prisuta raved on-air about his enjoyable Monday evening Pond visit. He gushed about the bar’s extensive and unique bobblehead collection that includes St. Francis of Assisi and the be-speckled Empire Carpet Man (sing it with me! “800-588-2300, Empire!”)

What does concern me is the bar being infiltrated by fame-seeking parents barging in with their tuba-toting prodigies.

That’s what happened in Mayberry once when Deputy Fife confused an ordinary shoe salesman for a big shot Hollywood talent scout. All the town rubes brought their tin-eared brats hoping they’d be discovered.

So, please, don’t anyone come to The Pond tomorrow at 5 with their children hoping a Golf Channel cameo will catapult them to international fame.

It’s just not going to happen.

Not unless the kid shows up ready to play a mean ukelele folk song about the amazing adventures of the great Arnold Palmer!

Yesterday Arnold Palmer watched me golf
Posted by Chris Rodell at 10:09 AM