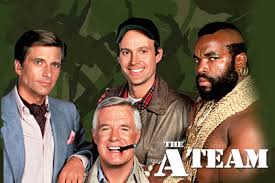 Zombies at The Pond
Posted by Chris Rodell at 11:30 AM