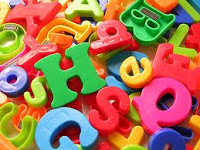 Tomorrow's the first day of school here so I thought today would be a good day to re-run my Sept. 2011 post about how the world would be better if more of our lives were structured like home rooms. I'm always pleased to see when this one pops back up, which is happening more and more. Enjoy your Sunday!

I blame the As for conversely adding to the reasons why I’ve never gotten very far in since high school.