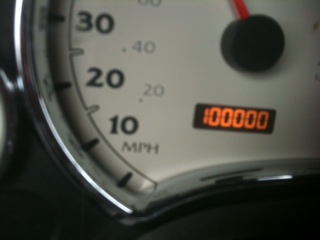 (811 words)
My instructor said he could sense I was a safe driver because I kept instinctively reaching to signal a turn with the car’s blinker.

And I know just how picky that sounds.

I pride myself on being a courteous driver. I always use my turn signals and do things like wave when someone equally courteous lets me merge ahead of them.

For a while I would try to convey to other drivers their blinkers were on by pulling even with them, making eye contact and then deliberately blinking one eye to inform them of their oversight.

I stopped doing this because it confused drivers, both male and female, into thinking I was hitting on them moments before I’d nearly hit into them.

So far, the Dream Racing Experience at fabulous Las Vegas Speedway is the Extreme Vegas activity that is inspiring among my friends the most fierce resentment. It was a three-hour, $499 experience that featured simulator lessons and five laps around the speedway's 1.1 mile road track. The ultimate package is $1,999 and includes 20 blazing laps (so it's about $100 per lap).

I don’t like are my cars. I’ve had just five of them over the last 30 or so years. They’ve been mostly reliable, especially the three Tennessee-made Saturns.

But I have no romance for them the way I do my darling wife. I never find myself sitting here in reflective moment thinking, “Gee, I’m really lucky to have my Saturn Vue. I love the time we spend together. Maybe I should more often tell the Saturn how much I care for it.”

In fact, just two weeks ago, the Saturn turned 100,000 miles and I didn’t for an instant think I should buy it a nice gift, something I’ll certainly do when Val turns 100,000.

And I’m not a gear head. I don’t care what kind of engine it has or any of that stuff that gets the pulses of the NASCAR fans, well, I guess we should say, racing.

All I know about cars is how to drive ‘em and wash ‘em and I never wash ‘em.

The only things I care for in my car is that it has a really rockin’ stereo, is fuel efficient and it will go where I point it.

The Ferrari is one-for-three with those; no stereo and the gas mileage would infuriate guys like Al Gore. And that the Ferrari would go where I pointed it was a considerable drawback because we’d get to where it was pointing in a real jiffy.

This I learned in advance from the simulator, a fairly accurate rendition of the actual vehicle in that it doesn’t have blinkers either. Me and my guys found the simulators more difficult than the actual Ferraris.

The cars are fully functional. The instructor -- mine was a professional European racer, a great guy, who works for Dream Racing in the off-season -- doesn’t have a student driver brake and he’s not going to reach over and wrench the wheel from your hands.

In fact, having these guys as actual student driver instructors would be the insurance industry’s dream.

Their in-car instruction is basically boiled down to two words: Go faster!

“It’s impossible for you to wreck the car,” he’d say. “Just ease off the gas going into the turn and step on it going out.”

This again conflicts with experience. I haven’t had a wreck in 20 years, but I see a colossal wreck of some sort every day either on the news or on the highway.

Being cautious has served me well. Here’s another tip to reduce the odds of road rage: if you see someone driving like a maniac, charitably assume he or she is racing to the hospital to help deliver triplets.

I swear, it helps.

The Dream Racing Experience is the one bucket-list activity from last week I wholeheartedly endorse. The instructors were fantastic and even now I’m enjoying a serene recollection of driving a true sports car 140 mph down the stretch.

My unofficial best time for the 1.1 mile-track was 61 seconds, four seconds better than the average and just 12 seconds off the track record.

Even though it’s over in about five minutes, it’s well worth the $499 for the experience.

I asked if anyone ever tried to get more bang for their buck by circling the track really, really slowly -- and I saw nothing saying you couldn’t.

But what fun would that be?

It’s like life in that it’s more fun if you go at with the pedal to the metal.

Even when that means it seems like it all goes by in the blink of any eye.