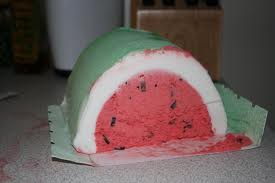 (737 words)
Israeli prime minister Benjamin Netanyahu is under fire after it was reported he spends $2,700 a year on ice cream. He quickly disavowed the expense and swore it’ll never happen again.

Setting aside the fact I’m always disappointed when someone whose name includes the pronunciation, “yaa-HOOO!” selects the non-fun option, I’m troubled by the implications for Middle East peace.

Or perpetual non-peace, such is the case.

Imagine how it’s going to be now that Netanyahu knows he can’t be busted pecking at even a tiny tub of artisanal pistachio ice cream, his very favorite.

It should go without saying, but you can’t have a hot head when you’re thinking about ice cream.

You’re thinking about it right now, aren’t you? And unless I’m mistaken, your soul’s become serene.

I speak from experience as both an avid consumer and former high school ice cream dipper.

I’ve written before about my happy history as a suburban pizza maker, but prior to that my boyhood jobs included working the counter at the old Friendly’s Restaurant on Bower Hill Road in Mt. Lebanon.

Thinking back on it now, it was maybe the best job I ever had, a fact that shouldn’t be diminished by the understanding I’ve only had five jobs, and that none of them lasted more than three years -- and that one was 20 years ago.

So me waxing nostalgic about about past employment is like the world’s oldest virgin regaling newlyweds with her stories about bygone days when she used to engage in what we once called dry humping.

There’s just not a lot of depth to the recollection.

But one thing is clear: there will never be such a thing as ice cream rage.

Scour the headlines most any day and you’ll find evidence of shootings, stabbings and angry fisticuffs in taverns, at sporting events, at amusement parks -- all places people go at least initially to find some happiness.

But I’ve never once seen a news story that began, “Two men were shot dead waiting in line for ice cream at . . .”

Part of it, I think, comes from the way we were raised. The promise of ice cream was used to keep most of us in line.

“Misbehave and you get no ice cream!”

I’ll be good! I promise!

The other side of it has to do with ice cream itself.

My favorites include Mint Chocolate Chip, Black Raspberry, and White House (vanilla with cherries). A local chain, Bruster’s, has a flavor called Chocolate Raspberry Truffle, which will be part of my last meal if I’m ever convicted of killing anyone in a non-ice cream confrontation.

Here in Latrobe we love the Banana Split, invented right here in 1904 by apprentice pharmacist David Evans Strickler at the old Tassel Pharmacy.

I also at least once a summer go to the grocery store to buy a Friendly Wattamelon Roll. The concoction involves about an inch of lemon sherbet wrapped around watermelon sherbet speckled with chocolate chips to give you -- Voila! -- an ice cream watermelon.

At this point I feel compelled to ask that no one, please, send this link to the beleaguered Israeli prime minister.

You and I, we can dream about ice cream all we want. Heck, we could even make plans to share a sundae with two spoons, two straws and, of course, two cherries.

It’s what we one day hope for the Israelis and the Palestinians, although it’s likely both sides would insist it is there ancestral right to take both cherries for themselves and that would lead to U.N. involvement, cherry embargoes and escalating spit ball wars starting with straw weaponry.

So Netanyahu already has a lot on his mind and thoughts of forbidden ice cream binges would only make him nuts.

And that’s not the mindset anyone would want for a pivotal ally who right now is jonesing for two scoops of pistachio.

Back when melt downs were quaint

How I became a PROSEtitute
Posted by Chris Rodell at 11:33 AM