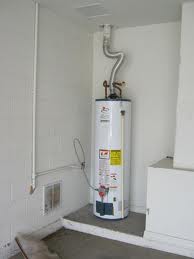 (682 words)
It’s a big day at the Rodell house. There will be balloons, a candle-bedecked cake, songs and warm recollections.

The guest of honor?

It was seven years ago today we moved into our little mountain home up in the woods.

My wife, our two daughters, then 6 years and 8 months, had outgrown our charming little home about a mile down the hill. We’d lived there 15 wonderful years before it became too cramped for our needs.

As many of you know, moving can be stressful. I remember when Val and I commenced our then-shack up in 1992 it was so mutually trying we didn’t speak to one another for four days.

Seven years ago, we’d become more adult. We managed to remain verbal with one another but our communications were exclusively profane.

But I love celebrating these types of otherwise inconsequential anniversaries. I guess in that way, I’m like the native Americans of yore who believe everything has a spirit.

I do believe a house acquires the spirit of its residents.

Nashville songwriter Craig Bickhardt must agree. He wrote a magnificent song called, “This Old House.” It is sung from the first person perspective of a caring home on the day a family it so loved packed up and moved out.

Check it out on YouTube and have a hankie ready.

I first heard that song in 1997. Ever since I’ve always apologized out loud to the wall before I pound a nail into it to hang up things like “Go Pens!” banners in the basement.

It may be taking it too far, but I also celebrate the known birthdays of many inanimate objects.

I started doing this when I noticed that the gents who installed some of our more utilitarian cellar appliances wrote in indelible Sharpie the dates when the items sprang to life.

So preparations are being made the celebrate the 2nd birthday of our hot water heater on March 3 and the 3rd birthday of the new furnace just around the corner on April 7.

Thus, the hot water heater is a Pisces; the furnace an Aries.

It would have put the “logic” in astrological if the hot water heater had been delivered two weeks earlier so the big white vessel could have been born under the sign of Aquarius, the water carrier.

Pisces are described as being reasonable, artistic and quiet. The hot water heater is two of out of the three. It’s never behaved unreasonably -- rare for any 2 year old -- and it is always quiet.

I guess it would take the late Andy Warhol to appreciate its artistic side.

Aries is particularly apt for a furnace because its essential zodiac element is fire. And in its years functioning within our home’s walls it’s been steadfast in its delivery.

I’m perfectly at peace with it.. Yes, it sounds contradictory but I’m cool with the furnace.

The older I get the more I prefer the company of inanimate things like our appliances to anything described as animated.

It’s okay for Bugs Bunny and Homer Simpson to be animated, but obnoxious when you can describe guys like Donald Trump or Hugo Chavez with the same adjective.

They shout. They start fights. They disturb the peace.

I’ve been there. When I was a young man, I was always in bars where animated people were forever in a rowdy boil. Hell, I was often one of them.

I can see my life heading in a trajectory where I spend all my free time with quiet inanimate objects, things that rarely speak and are incapable of motion without the assistance of two stout movers and wheeled appliance dollies.

That’s why I like hanging out at the places where I do.

Just the other night one of them bought me a beer.

Trump’s no jackass; he’s under- qualified

Ways Christmas in July beats Christmas
Posted by Chris Rodell at 11:07 AM