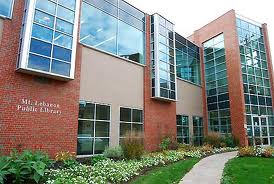 (761 words)
I’ve accepted an invitation to speak March 13 at one of western Pennsylvania’s most prestigious libraries.

For those of you unfamiliar with the art of self-promotion, let me explain.

First, I called this prestigious library, introduced myself, and told the lady about “Use All The Crayons!” my self-published book that as of right now is trailing Adolph Hitler’s “Mein Kampf” by just 1,498,637 sales points on Amazon.com!

I don’t know what I was expecting her to say, but here’s what she said: “No one here’s ever heard of you or your book.”

I began to prattle on for so long that she said either out of pity or a desire to avoid starving to death while listening to my pathetic pleadings, sure, you can visit.

“Oh,” she said, “is there anything else you can tell me about yourself that might help with promotion?”

“You did!” exclaimed the events coordinator for Mt. Lebanon Public Library. “Why didn’t you say so?”

This is because Mt. Lebanon is one of the wealthiest communities in western Pennsylvania. It has magnificent schools, enormous homes, great shopping and dining and for about eight years in the ‘90s many people could brag we were neighbors with Mario Lemieux.

How exclusive is it?

I remember seeing only four black students during my high school years -- and two of them were twins.

Admitting you’re from Mt. Lebanon is like admitting you’ve vacationed at someplace like the fabulous Breakers in Palm Beach, Florida, where, in fact, my family and I will be vacationing in about two weeks.

Yes, if you’re running short on envious resentments, please be sure to check out my blog the next two weeks because I have a bunch of outlandish fun lined up.

Admitting you’ve grown up in Mt. Lebanon makes people think of that great old line about those who were born on third base and grew up thinking they hit a triple.

I wasn’t born on third base. I was born in Greentree on Aiken Ave. My late father make the precarious decision to move his family to Mt. Lebanon when I was 6.

“”I wanted to make sure you kids had a great education and that’s why we moved to Mt. Lebanon.”

It was a real shame because you can lead a horse to water, but you can’t teach it algebra.

I was a terribly disruptive student. I played hookie, instigated food fights and may have been among the last Mt. Lebo students to ever receive corporal punishments for being a recidivist class clown.

It would make a great story if I could say one of the junior high paddlings was administered along with the warning, “Keep acting like this, kid, and one day you’re going to wind up living someplace like Latrobe!”

But that didn’t happen.

We lived in a very modest part of Mt. Lebanon. Getting by was always a struggle. My father was a humble optician, the guy paid meager amounts to keep your glasses from sliding down your nose.

But growing up there was fantastic. I had a wonderful childhood. So many great friends and memories.

I don’t remember ever once thinking, wow, that guy drives a nice car. I want to hang out with him!

Or, gadzooks, that girl has a really swell house. I’d like to date her!

I didn’t care about the size of her house. I was far more interested in the swell of her sweater.

And that’s where I fault my father.

Happiness is less about situation than it is about contrast. The old man should have let us slum it for a few years before moving us to Lebo.

Then we could have appreciated just how good we had it.

I need lots of people there so that one day my happy little book will outsell an 87-year-old hate-filled manifesto written by one of history’s worst monsters.

That is mein kampf.

Don’t ever say don’t ever change
Posted by Chris Rodell at 9:35 AM