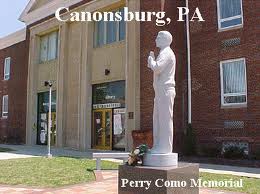 (669 words)
My appreciation of celebrity empathy is becoming yet another casualty of what the media are misleadingly calling the Russian meteor.

It’s most certainly not a Russian meteor. Russia just happened to get in its way.

Some experts believe meteors from thousands of years ago were responsible for wiping out earth’s dinosaur population.

My, how times have changed.

Today, a meteor hits and it’s responsible for skyrocketing vodka sales among former Soviets who need something to calm their frazzled nerves.

Who could imagine a 10-ton bus-sized meteor traveling at 40,000 miles an hour could detonate with the power of 33 Hiroshima atomic bombs and injure just 1,200 people?

How come this wasn’t cataclysmic?

One reason is this particular meteor was a stony composition, rather than metallic, which led to its breaking apart in the atmosphere. So somewhere in a galaxy far, far away, there’s probably some angry radio talk host complaining about how meteor construction isn’t what it used to be.

In fact, most of the damage was from the colossal shock wave that blew out the windows in 3,700 buildings. And, oh, to be a glazier in Chelyabinsk this spring!

Funny how life can be like that. I can imagine some forlorn glazier just last week struggling to get by and praying that God would send him a sign -- any sign! -- that better days where on the way.

Another oddity: this massive meteor snuck in without warning while NASA scientists were showing off their brainy expertise on all the cable networks saying there’s a great big meteor, DA 14, that’s going to harmlessly buzz the planet.

So earth getting hit by a meteor no one saw coming while getting missed by one everyone saw coming is kind of like an astrological version of baseball’s suicide squeeze.

This will make me seem small, but anytime there’s a natural disaster that doesn’t happen to me I immediately begin looking forward to the celebrity relief concert.

That’s why I’m disappointed my hopes for Chelyabinsk Relief Show look dim. I’ve even come up with a snappy name:

I envision the show opening with a remote feed from Canonsburg, Pennsylvania, where there’s a statue of native Perry Como, the crooner who in 1957 scored with the enduring hit, “Catch a Falling Star,” one of the many Como hits played in a continuous loop behind the statue.

Catching a falling star would not only earn you an invitation to play outfield with your pick of major league baseball clubs, it could also make you rich away.

Meteorite collecting is big business. A nine-inch chunk that was verified as meteorite from a 1960 Siberian strike sold in October at a New York auction for $43,700. Stephen Spielberg’s a collector.

The news today is full of stories of enthusiastic Russian meteorite prospectors marching off into the fields with their noses pointed straight down.

I don’t like to see anyone get hurt, but it would for the sake of irony be funny if at least one of them got blasted right in the back of the head by a falling meteor.

So, clearly, interest is sky high. There’s money to be made. I swear, the show’s bound to be stellar.

Alas, it looks like it’s just not meant to be.

Our rock celebrities may be suffering from relief fatigue, and that’s a pity because this could be one of those rare instances when stars could stand up for those unfortunate enough to be standing near where stars fell down.

The odds of that ever happening again?

Special deliveries in space
Posted by Chris Rodell at 11:53 AM