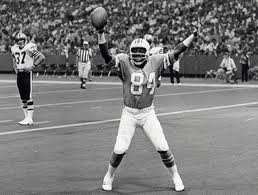 We are witnessing a fascinating sociological phenomenon where a president many Americans despise because he’s black is taking flak from these very same people for not acting black enough.
President Obama doesn’t want to release the photos of bin Laden’s ventilated head.
“We don’t trot this stuff out as trophies,” he said. “We don’t need to spike the football.”
Good enough for me. Besides, I’ve already seen the rendition of the assault by the genius Taiwanese animators at Next Media Animation who not only envisioned every aspect of the secret raid, they posted animated insights of what happened to bin Laden when Satan welcomed him to hell.
(The uproarious video was removed for confounding reasons of cultural sensitivity, but check out their stuff).
Many of the people right now screaming for releasing the gruesome pictures to convince radical Muslims bin Laden is really dead, are the same Americans who refuse to believe the authenticity of the Hawaiian birth certificate of the man they’re imploring to release the real pictures.
It’s classic twistedness.
Releasing the picture has become another issue upon which to gauge or belittle Obama’s manhood.
Sarah Palin, god love her, injected the word “pussyfoot” into the debate.
Interesting historical aside: The origin of the word “pussyfoot” tips its hat to Prohibition.
It was the nickname of  W.E. “Pussyfoot” Johnson (1862-1945). He was a staunch prohibitionist who used underhanded -- maybe underpawed -- methods to further his truculent and, I say, brain-dead opposition to Demon Rum.
Comment that a man named Johnson was the inspiration for a word featuring what is now an anatomical vulgarity will be left unsaid.
I’m no football historian, but I think you can trace the touchdown spike back to a black man known as White Shoes. That would be Billy “White Shoes” Johnson, who played professional football for the Houston Oilers in the mid-1970s.
Whenever he’d score a touchdown, and he often did, he performed a spike-punctuated gridiron version of soul singer Rufus Thomas’s dance, the “Funky Chicken.”
Since then, the football spike has been elevated to an art form by diva receivers like the peerless Chad Ocho Cinco -- and, hey, Happy Cinco De Mayo, fair readers!
My favorite was his “Lord of the Dance” impersonation. This gold-toothed, 6-foot-1, ebony-skinned gazelle for just a moment convinced me he was a plucky little leprechaun.
I thought it was marvelous, but stoic traditionalists were outraged.
They want flashy African-Americans to play football and attract that demographic, but when they score points they want them to act like pro golfers do after they’ve sunk a long par putt.
The men who are now running the NFL (and that’s “running,” not “ruining,” although the words are right now interchangeable) have even instituted penalties aimed at curbing what they call “excessive endzone celebrations.”
They might have even tossed a penalty flag on the euphoric crowds that gathered outside the White House on Sunday evening.
They are men who look and probably act like John Brennan, Obama’s chief counter-terrorism advisor. He’s a 55-year-old New Jersey kid who’s spent 25 years working with Republicans and Democrats in the CIA.
He looks like the mirthless kind of man who if he got into a staring contest with Dick Cheney dinosaurs would re-evolve and start devouring fast food joints before either blinked.
He’s pictured in that already classic photo of tense Situation Room where the current Decider and his team where watching the drama play out in real time (and I can’t wait for the movie).
He came close to chortling in admiration when he described Obama under pressure. Here’s what Brennan said:
“There was nothing that confirmed that bin Laden was at that compound and therefore, when President Obama was faced with the opportunity to act upon this, the president had to evaluate the strength of that information and then made what I believe was one of the most gutsiest calls of any president in recent memory.”

Brennan, who looks like a man who favors salty talk, was probably sanitizing his true feelings.
What he’d probably meant was Obama has balls.
And that brings us back to the picture and another sound reason why Obama will not be goaded into releasing it.
A man who’s already proven he has real balls will wisely conclude he has nothing to gain by spiking imaginary ones. 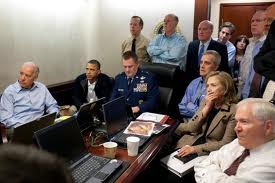 Good eye, H.H. I saw that and thought, man, do I clean up the man's grammar? He carries a gun and is expert at tracking down guys he doesn't like.

I left it at is. I like how you elevated it to a higher form of praise. Well done!