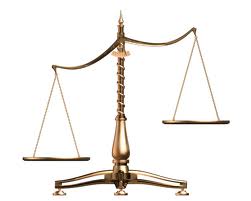 Southwest Airlines has issued an apology to two NYC-bound passengers in another “too-fat-to-fly” incident.
I’d be more sympathetic to the airlines if just once I’d heard they’d let a petite little gal fly for half off.
But pigs will fly before that happens -- and please understand that’s a standard metaphor and let’s not get ahead of ourselves here.
It’s going to cost the same amount to fly a sorority house full of anorexics as it would to fly a rotund team of competitive eaters home from a Kansas City rib fest.
It makes no sense. But what about our most disappointing industry does these days?
Flying used to be such an elegant pleasure. Passengers would get dressed up. Tasty inflight meals would be served. If anyone was going to touch anyone else’s junk, proper introductions would be made
No more. Today the airlines are all about the bottom line -- even as passenger bottom lines are getting longer and longer. Our jets may be jumbos, but they aren’t designed to accommodate passengers befitting the same description.
I mentioned this on Facebook the other day and Jodi Anne Steiner replied with a brilliant solution: Charge every passenger by cumulative weight: bags and bodies, you name it.
This is sort of what uber-capitalist Steve Forbes used to propose every four years whenever he wanted to spend about $20 million to learn Americans didn’t want him to be president.
He’d suggest we abolish the current ungainly tax code and run the government on a straight sales tax that would mean the people who bought more would pay more. It makes so much sense it never stood a chance.
He called it the flat tax.
For the airlines, we could have the fat tax. I think a buck a pound, or about the same price as ground beef, would be fair.
A 175-pound adult male checking golf clubs weighing 25 pounds would be charged the same amount as a 125-pound woman toting a 75-pound purse.
And that example is not hyperbole. My otherwise dainty mother’s purse feels like it contains a car jack and spare tire in there with the lipstick and Kleenex.
This would also have enormous benefits in the overall health of America’s flying public.
Vacationers are already motivated to lose weight to look good in summer beachwear. Imagine the lengths they’d go to if they could save $100 by keeping the scale from dinging into the red.
The system would transform morose airports into lively fitness centers with shapely instructors shouting amplified encouragement over the dance music.
Airlines could show they cared by setting up aerobic Zumba classes in extended parking. The terminals would become like carnival midways with colorful hucksters offering quick weight loss concoctions and the more desperate passengers lining up to have unnecessary body parts removed before check-in.
It would be like being in the locker room before the big race as the jockeys try to make weight.
Check-in would have popular game show elements where passengers would mount giant scales behind the ticket agents to be cheered or good-naturedly jeered for their respective efforts or indifference.
Like “The Biggest Loser,” we’d all cheer for individuals who’re really trying their best and have shown they’d be good seat mates.
Of course, there’s bound to be a few obnoxious passengers. You know the type. They’re rude to the employees, indifferent to the needs of others and infuriate the rest of us by trying to and cram hundreds of pounds of baggage into the overheads.
Sadly, they come in all shapes and sizes.
It’ll come as no surprise to anyone who’s flown recently.
We’ve all seen what happens when pigs fly.
Posted by Chris Rodell at 9:28 AM