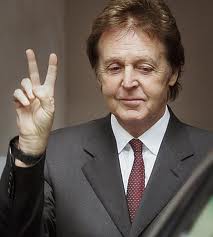 Insanity zooms along with such nimble virtuosity these days it’s become impossible to outcrazy the crazies.
Just the other day I wrote the following line on Facebook: “Mock Al Gore if you must, but something weird is happening with the weather. Pretty soon everyone on the sizzled planet is either going to be a storm chaser or a storm fleer.”
It caused what we can go ahead and call a storm of comment about global warming. People who swear it’s a hoax began swearing at people who swear it’s fact.
It’s an argument I like to avoid because it won’t be settled one way or another for decades.
I prefer to argue about baseball because it’ll all be settled by fall.
But no one watching the news could dispute the gist of my instigating comment. Half the people being interviewed in the deadly outbreak of the midwest tornadoes were either storm chasers and half were storm fleers.
Really, I should think about becoming a storm chaser. I love to watch extreme weather, enjoy long, aimless country drives and saying “storm chaser” would be a more dynamic answer than “blogger” when people ask how I spend my days.
One of the global warming deniers -- and it’s odd because these are the guys that get the most coincidentally heated -- said there were simple meteorological reasons for the rash of killer winds hitting more populated areas.
It’s cold here. It’s warm there. The two collide and -- voila! -- Al Roker’s boarding a plane bound for mayhem.
He said these storms usually just rip up many acres of corn in Nebraska but an enduring Rocky Mountain snow pack meant the storms would erupt farther east than usual.
That’s when I sensed an opportunity to create a conspiracy theory.
I suggested maybe the storms were simply becoming more intelligent and meaner and are targeting populations out of deliberate malice.
I thought it had a chance to become a dandy conspiracy theory. It turned weather into a motivated bully.
Of course, I learned I was way too late.
Conspiracy theorists have been assuring anyone who’d listen the Joplin and Tuscaloosa tornadoes were not random acts of nature, but the result of military-backed research programs that shoot radio waves into the upper atmosphere.
My question is how a government that operates like Homer Simpson when it comes to things like fixing the roads suddenly becomes Montgomery Burns whenever someone with a gripe needs a convenient boogieman.
Popular conspiracy theories today insist the government has the power to trigger earthquakes, tsunamis, and is using jet contrails to spray weather-controlling chemicals.
I say if Dick Cheney and Haliburton couldn’t do it then it can’t be done.
Yet, conspiracy theory is a growth industry. The Alex Jones show is a media sensation. He hosts radio and documentary films that do nothing but promote wild theories of all sorts.
Who believes this stuff?
Well, his most high profile follower is -- and you can check his website -- is that bastion of scholarly reason, Charlie Sheen.
I’d like to hear Jones’s theory on what’s behind Sheen’s career collapse.
I don’t understand why some people are so prone to this sort of insanity, and they’re often very smug about it.
It must make them feel intellectually superior to the rest of them to know that moon landing was a hoax, that a race of beings called the Agarthians dwell in Hollow Earth, and that Paul is dead.
They know for a fact the Twin Towers were brought down by explosives planted by government agents and that shape-shifting lizards are behind the New World Order.
I just have trouble believing so many men and women are at once that evil and that competent.
Same goes for the shape-shifting lizards. Can they all be that bad?
So I’m not a skeptic when it comes to Global Warming. I’m skeptical when it comes to all the prevailing conspiracy theories.
Paul’s not dead.
Rational thinking is.
Posted by Chris Rodell at 10:48 AM