The Rabbi is in 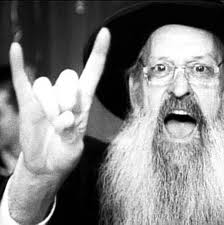 I think I'm gonna like this. This is a story that ran in May of 2008 to an audience of maybe two. It's about all the bogus titles I've acquired over the years by donating to various liberal causes that never bother to check if I'm really a doctor, lawyer, etc.
The Sierra Club refers to me with the honorific “Judge Chris Rodell.” The noble lifesavers at Doctors Without Borders address me with collegial charity as “Dr. Rodell.” And it would take a miracle of Biblical proportions for me to respond with the generosity deserving of all the Democratic National Party affiliates who write beseeching “The Reverend Rodell” for a contribution.
If you took all the mailing lists for every left-leaning, tree-hugging, bound to help-the-helpless organizations in the world and rolled them into one, the sum distillation would be one of the most accomplished men in the world. And that would be me. After a lifetime of willful indolence, finally, a man Mom can be proud of.
See, being Mr. Chris Rodell hasn’t exactly worked out for me. No one treats me with anything more than the most perfunctory courtesies.
That’s why I hesitated in 2004 when a donation to the Democratic party required me to check a title. “Dr.” felt like a reach. “Mrs.” would have worked with the wussy unisex name my parents freighted me with at birth, but I wasn’t ready for the possible lifestyle change it might invite and I would have needed a whole new wardrobe.
So I stared at the heavenly option, “Rev.” Remember, 2004 was when Karl Rove and the Republicans frequently claimed they’d been anointed by the Almighty to divinely solve all the world’s problems. I decided to do my part to close the God gap. For my title, I checked “Rev.”
Right away, the new title led to more telephonic respect. One agent for the party called and said, “Reverend Rodell? I’m soooo sorry to bother you, but we really need the help of upstanding community men like you if we’re going to win in November. Can we count on your support and influence?”
By all means. I dashed off a check for $50 and the 2006 congressional elections wound up being an electoral landslide, coincidentally, perhaps. Soon, my name began to sift through the other left-leaning mailing lists. I could sense in their tones that the callers' postures improved when they dialed a holy man like myself.
I liked it.
Of course, there was the inevitable misstep. During the recent Pennsylvania primary, I was besieged by calls from party activists. I lost my patience and reverted back to my Mr. Rodell temper.
“Look,” I told one caller, “I’m gettin’ sick of all these (and I’m paraphrasing here) gol-danged calls. Leave me alone.”
The solicitor let the silence sink in for two beats before saying, “Rev. Rodell?”
“Uh, yes?”
“You should be nicer. People expect more from someone like you.”
He was right. People look up to those involved in pastoral professions, and as I’m finding out, even to ones who pretend to be. If I’m going to be Rev. Rodell, there are certain standards I need to uphold.
So I vowed to make myself a better person, at least in terms of titles. Besides “Judge,” “Dr.,” “Father,” and “Esq,” I was pleased to feel an ecumenical surge of pride when UNICEF bestowed upon me, for $100, the title of “Rabbi.”
I doubt the unfortunates in Myanmar or China will care whether or not Rabbi Rodell is concerned about their plight, but it might open some eyes if, say, he extends a financial olive branch to help aid Palestinian orphans.
Either way, it’s likely I’ll one day leave a remarkable obituary for my survivors to admire. And maybe one day I’ll live up to the reputation of the guy all those money-seeking callers believe me to be.
It’s something you might want to consider next time someone seeks a contribution from you.
Of course, that’s just my opinion. You can take it or leave it.
After all, despite what you might infer from my credentials, I’m really not a preachy kind of guy.
Posted by Chris Rodell at 7:25 AM