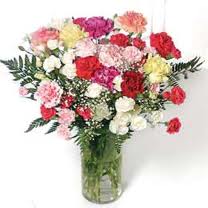 I was more shocked than ashamed when the casual thought floated across my mind that I could solve a lot of our mutual problems by just pressing the accelerator and running Mom over.
Thirty seconds previous she shot me a vicious look and snarled that I was a cruel and indifferent son. She said I’d tossed a bag of sacred family treasures into the trash and just couldn’t wait for her to die.
She was only half right.
And, get this, I’m the good son. I’m the one stationed at the apartment where she’s lived alone since Dad died in 2004. I’m the one who takes her grocery shopping and to get her hair cut.
I’m the one who never loses his patience with her.
“Yes, Mom.”
“That’s right, Mom.”
“It’ll be okay, Mom.”
Two weeks after she no longer has the cognitive power to recognize it, I’ve finally become the properly mannered son she’d worked so hard to raise.
We’d spent the entire afternoon culling through stacks and stacks of papers. There were form tax letters from 1998, stacks of long expired coupons, and print outs of old e-mail jokes with punchlines involving Monica Lewinsky.
It was trash, all right.
I’ve written previously about my 78-year-old mother’s deteriorating mind. As recent as October, I accompanied her to the doctor for tests to determine if her forgetfulness was a charming aspect of her personality, as it had always been, or an indicator of something more serious.
She passed all the tests (she on her own took the same test with two other doctors) and scored no worse than 27 out of 30.
Then two weeks ago, it was like someone threw a switch. Over-night, she became obsessive/compulsive about salt shakers, paper clips, refrigerator inventory and, with an evil assist from the corporation I now loath, doing business with Verizon.
As with many seniors (and even much younger sentients) the promises and allures of our nation’s cable company advertisements can be confusing.
Verizon does them all one better. They dispatched a salesmen into the building where many old people live and had him knock on doors. It was three weeks ago when my mother’s sunny persona was still dominated by kindness and an eagerness to oblige.
He persuaded her to sign a long-term contract. Satan’s contracts for the souls of old bluesmen are less binding.
It took my brother considerable trouble to get out of it. Still, Verizon wasn’t finished. They followed up with service calls and persuaded her to set up another appointment.
They call weekly to gain access to her apartment. I tried to cancel and was asked for her confirmation number.
I explained she’s elderly, dysfunctional, and her apartment is littered with illegible notes on a thousand scraps of paper.
“I’m sorry, we can’t cancel without the confirmation number.”
As she held steadfast to that policy and refused my request to speak to a supervisor, a red veil descended before my eyes. My voice dropped to an icy hiss.
“Do you have elderly parents?”
“Yes, I do.”
“Then you should understand the situation I’m dealing with here.”
She hung up on me.
Let me make this clear: I do not wish to kill anyone or encourage the killing of the Verizon administrators who target confused and elderly people for profit.
But if I was walking down the street and saw someone killing one of those people, I would stop to watch.
I’m not even a month into this. I miss putting my kids to bed. My income, a trickle at best, has ceased.
My grandfather, who my mother is beginning to resemble in appearance and explosive temperament, lived to be 97.
My mother is 78.
Selfishly, seeing my mother turn so bad, so quickly, is like hearing a corrupt judge in a Turkish court sentence me to prison for drug charges of which I am innocent.
I wonder what is going to happen to my life over the next month, the next year, the next five years.
As you may have guessed, I’m firmly in the pull-the-plug camp, as is my mother, who keeps stressing to me reminders that she wants her body donated to science.

My need to ensure power-of-attorney privileges and living will specifications keeps getting bumped down the agenda as I run from doctor to doctor seeking to ease her frazzled condition. I keep recalling reruns of Terri Schiavo and imagine a day when I’m besieged by yapping strangers praying for a motherly miracle.

I think of all this and know someday I’ll feel guilt about the day I thought, man, I could end her suffering and mine by just gunning the accelerator and putting the dear old girl down.
I know I’ll pay for all my iniquities.
I already am.
Not killing her is killing me.
Posted by Chris Rodell at 10:24 AM

Far worse than your fleeting thoughts about putting mom out to pasture--something that in the context of the situation any normal person might experience--is the people/companies who prey on these incapacitated individuals.

My thoughts are with you, Chris.

Thanks Mark and Pam. Yes, it's difficult enough without the unscrupulous trying to take advantage of the elderly.

I appreciate your concerns.

Chris, I am where you are now, and there is no solution. My mother is now 90 and we do not fit into any elder-care category. I am here in Fla where you would think there would be drive-thru geriatric clinics in the shopping centers, but if you are not on Medicaid or wealthy enough to pay for home help, the caregiver is stuck. When I start to cry, I tell myself that I am where God wants me to be right now, and someday I will know why. About Verizon and all the other predators: contact your local Agency on Aging or similar govt agency. And find an atty specializing in elder law and get them on Verizon's case.

Thanks, Artemisia. It is all one great mystery, isn't it?

I'm struck by how most children today are scheduled the exact time when they're born, but the other end of life is just a chaotic mess.

I appreciate your sympathies and return your best wishes.