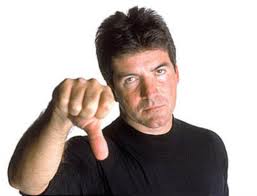 I may not be the best writer, but I’m probably the only writer who can do 10 Army regulation pull ups and juggle.
Not at the same time.
Not yet.
That’s not all. I can take a wet towel and twirl it like a goombah in the window of a pizza shop, I can finger flick a bottle cap at a target 30 feet away and dent the bullseye, and I can play an armpit concerto of the Beach Boys song, “Barbara Ann” whenever the humidity cracks 80 percent.
What I can’t do is fix a leaky faucet, apply jumper cables to a dead car battery without electrocuting myself, earn a decent living, or be a role model to anyone whose blood alcohol rate ever even accidentally descends below .08 percent.
Of course, no one ever gushed, “Cool, man!” when I did any of the latter and the crowds still go crazy when I do the pizza towel so don’t blame me for logically following the positive reinforcement.
That makes me right at home here in America, the land of the unquenchable thirst for moronic diversion.
I see “America’s Got Talent” is returning May 31. I’m unlikely to watch, but I can guarantee the show would rate better than any show called, “America’s Got Kids Who Score Better in Math/Science Than Other Countries!”
Of course a show with that premise could never be confused with a reality show.
We’re too infatuated with celebrating trifling talents at the expense of encouraging cerebral or muscular pursuits American lives and families could really use.
It was unfortunate this nagged at me in the least likely place for me to do anything about it.
Yes, it was the Sunday church talent show. About a dozen kids brought their trombones, fiddles, harmonicas and other “talents” to the church basement to prove the America of the future won’t lack for off-key entertainment.
A group of impressionable youths who really needed to hear a strong dose of Simon Cowell-style criticism got only love sonnets from Paula (I stopped watching Idol when Cowell vamoosed so forgive the dated references).
First up were two 10-year-olds -- only one of them actually attends our church -- playing a sort of dueling trombones routine.
It was awful.
Truly, I wanted to stand up and say, “What . . . the . . . bloody . . . hell . . . was that? (I did so love Simon). First of all it was pitchy. Second, that a 10-year-old Lutheran trombonist would feel the need to import a Catholic one to double up on the bum notes is sonic sacrilege. You are a disgrace. I’d advise you to stop watching the Disney Channel, forget your dreams of musical stardom and get used to wearing sensible shoes. The world’s always going to need waitresses, honey.”
Instead, I rose from my seat and clapped like the pair had connected on a long Steeler touchdown pass.
The little Lutheran was my daughter, Josie.
There were dancers, toy train collectors, a karate kid, and a trumpet player so intent on impressing he started the same song four times before he played it to his satisfaction.
It was perfectly fine the first time and I hope that kid doesn’t grow up to become my heart surgeon.
The very worst was a little 4 year old who with trembling hands raised a harmonica to her lips and immediately began what seemed an impersonation of a cigar store Indian.
She had the same look on her face I imagine I’ll have when probe-wielding aliens land on my unkempt front lawn or when my wife tells me it’s time to get a real job.
She was petrified.
It was pathetic. Clearly, she is the daughter of overbearing parents who’ll feel like failures if their daughter doesn’t exhibit at least one show off talent.
Disgusted, I was ready to launch into my speech about how the country could do with a lot less preening show biz aspirants and a lot more worker drones.
Instead, I rushed to the stage and lifted the little girl in my arms as she buried her tear-streaked face in my shoulder.
“It’s all right, darling,” I whispered. “You don’t have to play. Daddy’s going to take you home and teach you how to do the pizza towel twirly thing.
“And then everything will work out just fine!”
Posted by Chris Rodell at 9:31 AM