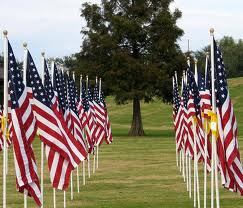 I’m giving into the warm inertia of holiday laziness by not posting a fresh Memorial Day story.
If you’re interested in reading one of those, you can do so here from 2009 (serious) or here from 2010 (silly).
But I just don’t have it in me today to conjure another one of those.
I feel sort of guilty about that.
Right now brave Americans are ducking bullets in some of the most inhospitable places on the planet. They are away from their heartsick families, their recreations and all the fat relaxing I intend to enjoy today.
They can’t play with their daughters or take them the new wave pool at Idlewild Amusement Park as I’ll be doing.
They can’t sit in a hammock and sip a beer, toke on a stogie, and listen to the Pirate game, which I have scheduled for 7 p.m.
If they’re digging any holes in the ground, it won’t be to plant flowers and tomatoes and other vegetables like we’re going to do today as a family. No, if they’re doing any digging it’ll be for protective purposes.
They’re in hostile war zones fighting to protect my freedom of speech and I’m too lazy to even exercise it.
But I will take time to say my prayers and be sure to include ones that God will protect them, their families and all the men and women who’ve ever served so I can enjoy such a splendid little life in the greatest and most exuberant country the world’s ever known.
Thank you, vets. Happy Memorial Day.
Posted by Chris Rodell at 11:02 AM