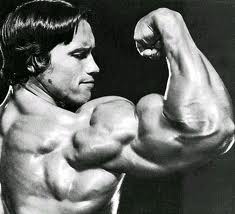 I’d vowed to be productive yesterday afternoon, but instead watched “Zombieland” for the 14th time.
I apologize to my family and friends for my personal failing, any embarrassment this indiscretion may have caused them, and request the media please respect our family’s privacy.
I’m always mystified when people who throughout their entire lives court the spotlight ask it be shut off when they finally do something that’s truly interesting.
I woke up this morning wondering who would play Schwarzenegger in the eventual rom-com about Schwarzenegger and concluded the logical choice would be, gee, Schwarzenegger!
He’s already shown it’s a role he can convincingly pull off.
I’m not surprised, but still disappointed at the men-are-pigs theme dominating coverage of the Schwarzenegger love child story.
How could he?
He could because he trusted two women with whom he was closer than any others -- that we know of, so far -- to let him get away with it.
There’s never been any nuance to Schwarzenegger’s lusts and ambitions. With him, what you see is what you get.
In a cringe-inducing clip that’s making the rounds, Maria asks voters in 2003, well, who are you going to trust -- someone who’s known him 20 years or someone that’s known him 30 seconds?
Take all the interns, production assistants, and staffers who’ve claimed they were groped by Schwarzenegger and combine all the unpleasant seconds they’d spent with him it might well add up to 20 years.
So I’ll trust the mauled masses and again wonder why no CSI lab technician has yet to develop a court-approved method for dusting breasts for fingerprints.
Unless it’s a quickie Vegas wedding, most every couple that’s ever married knew exactly what they were getting. We know the flaws, the virtues, we know how a spouse is going to react in a crisis and the human weaknesses that will lead them to cause one.
We know the circumstances that lead them to drink too much, what kind of sidewalk puppy they’re apt to bring home, and if they can be trusted alone with any smiling bridesmaids.
So an enduring modern marriage is as much about love as about how much we’re willing to overlook.
What did Shriver have to gain by being with Schwarzenegger? Power. A platform. Prestige. And eventual Oprah deification if the scoundrel ever embarrassed her by showing his true colors -- and, wow, that happened faster than any cynic would have predicted.
So I feel no pity for her. To me, she’s always seemed his match in her hunger for fame. And entrusting him alone in the Sacramento governor’s mansion while she and the kids romped between multiple L.A. homes seems an unwise matrimonial strategy.
I save all my pity for the kids and for beleaguered Kennedy historians who must explain a family tree that’s increasingly all forked up.
And there’s been not a shred of sisterly criticism of the domestic either. I guess she was married, too, and was bound to be buddies with Shriver. Still, her motives are easier to understand.
The romantic in me hopes she is a dark-skinned illegal who so loved the real Schwarzenegger she was willing to conceal deep in her heart a painful, yet joyous secret so that one day she and her governor lover could live free of society’s judgements.
And if this were a movie, that’s exactly what would happen.
Governor falls head over heels in love with willing domestic (J-Lo?). They have a precocious love child (Beiber?) and the governor wins re-election when he Brady Bunches two wives and the whole grand group to celebrate the joys of blended family living.
For added authenticity, film the whole shebang in Utah.
So I think there’s plenty of unseemly blame to be spread among the sexes and it upsets me I had to type the head-hurting name Schwarzenegger eight times to explain it all.
Yes, men are indeed pigs. But only because so many women are sheep.
Posted by Chris Rodell at 10:21 AM

Your last line is the unvarnished truth. Therefore, you are bound to receive some flack for it. Not from me, mind you. But from somebody, somewhere. Just wait.

Thanks Suldog. I figured that too and almost thought of changing it because of risking offending some of my classier readers. But, man, I thought, it's so true. The bashing against Arnold is well-deserved, but there's no balance.

Maria and the maid were both willing accomplices.