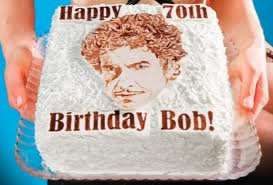 Today Bob Dylan turns 70 and this blog turns 3.
It’s certainly presumptuous of me, a not impartial observer, to even make the claim, but of the two it’s this blog that is on track to make the more significant cultural contribution.
First, Dylan has written 458 songs in his life. But he didn’t really write anything until he was about 17 years old.
This post is the blog’s 444th, a near perfect equivalent. So it took Dylan about 53 years to accomplish what this blog’s done in 3.
Compared to Dylan, this blog’s a prodigy.
And only his parents and some farming neighbors in desolate Hibbing, Minnesota, really cared about the boy they knew as Robert Zimmerman (this blog’s not going to have any artsy name change, either; bestowing it with even more gritty street cred).
Guaranteed nobody outside of America had even heard of the boy who became Dylan.
On the contrary, this blog has been enjoyed in 91 countries.
I know this because I obsessively check the blog’s secret “stats” feature. It pretends to tell me which posts are being read, the nations where those readers reside, and the search terms that led them there.
It’s been delightful to see people in Macau, Kenya, Belarus, Iran and even Palestine find their way to the blog. That those hits correspond to search terms like “amish boobs,” “amish blue jeans” and “amish pledge of allegiance” does nothing to diminish the accomplishment.
I’m suspicious of the total numbers and believe they are more substantial than those shown in the home page tally. For instance, the other day, I posted a well-read story about Arnold Schwarzenegger.
As soon as it went up, “stats” told me the story was being viewed by 10 people in the U.S., three in Denmark, two in Germany and two in France.
That’s 17 people. Yet stingy “stats” tallied only six site views.
It makes me want to scream at “stats” for its mathematical deficiencies. I’d try and find a more reliable readership survey app but am fearful it would tell me no one’s reading so I stick with fickle “stats.”
I spend a lot of time thinking how I can increase the blog’s readership without being obnoxious.
Should I write more posts with fewer words or vice versa?
I’ll do neither. I may not have an overwhelming number of readers, but I am thrilled with the ones I have. You’re a great and feisty mix of people and I am truly thankful to each of you.
I believe more readers and blog prominence is bound to happen. The feedback is too heartfelt and persistent to ignore.
To me, the best thrill is checking in on “stats” and seeing a huge spike indicating that someone, somewhere, is devoting an hour or two to reading dozens of old posts.
That’s the kind of readers I want.
It’s kind of like the way I gained an appreciation for Dylan, which didn’t happen until 1988 when he was with the Traveling Wilburys. His songs had a joy and humor I’d not previously detected.
Had he had a “stats” page at the time, Dylan would have seen a kid in Pittsburgh was scarfing up for all his old stuff. I think it would have pleased him the way it pleases me.
So that’s one thing I’m going to change. I’m going to continue to write about 700 words three times a week, but I’m also going to be less reluctant about including lively shorter items and tossing some of my old favorites into the mix with an updated preamble.
After all, Dylan doesn’t just play new stuff. No, if you go to see a Dylan show (I’ve seen him 29 times), he’ll play about three new songs and maybe 15 oldies.
The comprehensive www.bobdylan.com says he’s played “Like a Rolling Stone” 1,816 times.
So it’s crazy for me to keep pumping out new stuff while just ignoring a really respectable back catalogue.
What if someone mistakes a new blog as the go-ahead for a pee break?
Will www.EightDaysToAmish.com have a more impressive run than Bob Dylan?
Only time will tell.
Either way, thanks for reading. I hope you’ll continue to check in and refer it to friends whenever you find it worthy.
And you can go ahead and take that pee break now.
Posted by Chris Rodell at 9:22 AM

And those signs are accumulating like Rocky Mountain snowflakes, my friend. They're about up to my creaky knees.