February 8days2Amish tweets of the month 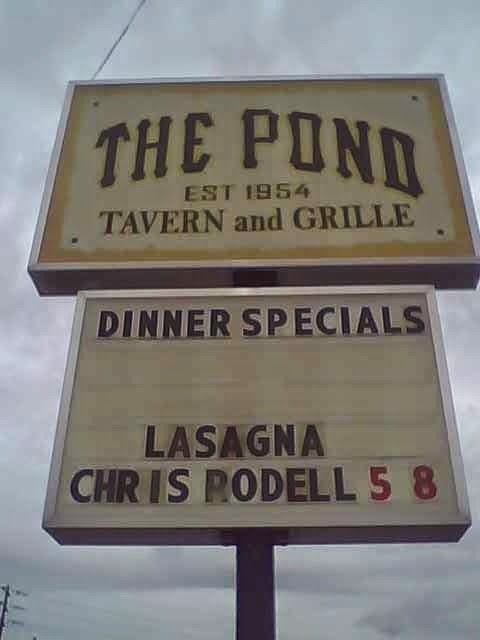 My 8days2Amish twitter feed passed the 300 followers mark last week . . . four times! It’s true. I’d get a minor surge of followers who’d then one-by-one drop off. I’m now up to 315. Know what that means? Ashton Kutcher and your 16.5 million followers, watch out! I’m gaining on you. I’m lately getting bursts of followers who promise to get me Kutcher-like numbers if I follow them and pay for the privilege. I’m not going to do that. If I pay for any relationship it’s going to be for me to have sex with a prostitute. I guess I’m just old-fashioned that way. But please do share/follow/re-tweet/etc. I promise I won’t charge or try and screw you.

• I'm one of those Christians who believes in God, but has trouble believing God could ever believe in me.

• Your peacefulness will increase in direct correlation to the decrease in the energy you spend trying to change the minds of the mindless.

• So let me get this straight: Taylor Swift used to be country, but is no longer. So Taylor Swift is like Steve Earle?

• The namesake inventor of the Heimlich Maneuver just turned 95. And he's Potsie's uncle!

• Harvard bans sexual relationships between profs & students. This crap would never happen at Ohio U.

• Dawns on me anew I’ve made bad career decisions when I hear people five years younger than I discussing their pending retirements.

• Marijuana smokers who succumb to repeated bouts of the munchies are apt to get pot bellies. #TheDudeAbides

• After getaway weekend, girls have nicknamed me, "The Big Hairy Snoring Fart Monster." I've decided to consider it a term of endearment.

• Teachers teach, bankers bank. What do ushers do? I've seen them ask patrons to be quiet. Maybe they're really hushers.

• Imagine how much better off we’d all be if the humble “Need penny/Take penny/ Have  penny/Leave penny,” were applied on a global level.

• For promotional purposes I propose Poland change its name to GOland!

• It infuriates some Christian conservatives to think us Obama-loving, gay-marriage approving libs have same chance of getting to heaven.

• Just learned Edmund Pettus of the Edmund Pettus Bridge was a former Grand Dragon for the Alabama KKK. Thanks for the info, #BobSchieffer!

• Avid spankers are the only people on earth whose ambition involves repeatedly hitting bottom. #50ShadesOfGrey

• Realizing I’m destined to become an old fogey doesn’t bother me a bit because there’s no evidence I was ever a young fogey.

• I’m eager to find site that archives audios of greatest speeches, but said in voice of Elmer Fudd. #IHaveADweam

• Some motivated to live good lives in hopes they'll eventually get to a better place. More fun just livin' in Pittsburgh

• So a show that’s all about the zombie apocalypse is populated by characters who steadfastly refuse to call zombies zombies.

• I remain undaunted my career's been high-wire act for 22 years. Just lately the wire seems to be getting higher.

• How ironic is it that New Hamprhire felons must make license plates that read LIVE FREE OR DIE while imprisoned?

• I wonder if alpha walruses ever get into beach shoving matches shouting, "No! I am the walrus!”

• Cynics who do nothing but predict doom and gloom are misfortune tellers.

• How come throughout my life I've known many fuddy-duddies, but have never met either a singular fuddy or duddy.

• John Lennon imagined a world at peace. I imagine how different people's faces would look if our eyeballs were squares.

• Some parents ought to name kid Serious. He'd say wild things & when people asked, "Are you Serious?" he'd say, "Yes, how do you do?”

• Levi Strauss was a jeanius.

• Most people who blow their own horn never even go to trouble of obtaining and learning how to play a horn. They just blow.

• My handwriting is so bad I’m going to begin signing all my checks with a big shaky “X” to see if it makes any difference.

My favorite? Lots of good ones from which to choose, but I like the one about the New Hampshire felons making the LIVE FREE OR DIE license plates. Works on so many levels.

Thanks for checking in! If you chuckled even once, please share!