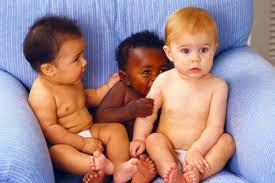 I just a heard a radio news story that said having good friends is the key to longer life.

Clearly, the people working the radio news programs have cut back on their fact checkers.

In fact, your friends are killing you.

I know mine are killing me.

My friends never call me to attend a poetry reading, a vegen cooking class or join them for a bike trail fitness jag. My friends don’t call up and say, “Hey, I have a great idea. Let’s have a yoga party!”

No, my friends are the kind that call and say, “Hey, I have a great idea. Let’s have a TOGA party!”

It’s been like this since shortly after I climbed out of the playpen, stole the old man’s car keys and drove to the bad side of town to snag my first fake ID.

From then on it’s been nothing but good times with bad influences.

It was that way in high school, college, and through that slim but memorable epoch when I was gainfully employed.

The faces have changed, but the indelible characteristics are the same: My friends have always liked to laugh and to drink.

I write about being drunk a lot and some of it’s a colorful exaggeration for storytelling purposes. It didn’t used to be.

My life’s been haphazard ever since I became Hap Hazard.

I’m today a very social drinker. I enjoy being convivial amongst cheerful inebriates. It confuses the teetotaler, but getting drunk is a secondary priority to the primary motivation behind a long night of drinking.

Most people who drink do so because they love to laugh.

In fact, I could give up drinking today, but then I’d never see all my drunken friends again. They all love to drink and they like to go to places where it’s customary to order drinks if you’re going to sit there and talk.

If you’re in a bar and you’re not drinking, it’s just loitering.

Sure, I could sit there and sip booze-free Shirley Temples, but that would be fraudulent and my whiskey-guzzling friends would beat me up for what I’m sure they’d consider a rash betrayal.

Mine are the kind of friends that like me just the way I am.

In fact, I remember when I was a senior at Ohio University in Athens, Ohio, I was friends with two younger guys who sort of admired me for my recklessness. That’s common in college, especially for those educated in Athens where a popular T-shirt read: “Ohio University: A Fountain of Knowledge Where I Go To Drink.”

They said they were recounting stories of my year of bold heroics. Back then everyone called me “C.R.”

“Tim said, ‘You know if C.R. ever changes we’d have to kill him.’ I agreed. Killing you for changing even a little bit would be better because you changing would kill the rest us.”

How could having homicidal friends like that be adding years to my life?

I’m convinced if anyone ever said I needed an intervention, all my real friends would intervene before any actual intervention could take place.

This came up last November (see top link) when the doctor asked if anyone ever suggested I drink less.

I told her honestly, ““No, in fact, outside of my wife, everyone I know suggests I drink more. Without fail, every time I try and leave a bar, someone always says, ‘Oh, have one more! I’m buying!’ That makes leaving awkward. If I could have figured out a way to get paid to drink I could have afforded regular doctor visits years ago.”

So, no, I dispute the claim that my friendships are extending my life. My friends are killing me.

And may God bless each and every one of ‘em.

I’d much rather die of premature misadventure than boredom.

Results from my first physical … in 18 years!

No 1 Party Boy from the No. 1 Party School

Weddings, friendship and a pooka named Paul
Posted by Chris Rodell at 11:59 AM

Email ThisBlogThis!Share to TwitterShare to FacebookShare to Pinterest
Labels: do friends extend lives, drunk in Athens, fake IDs, friendship studies, my friends are killing me, The Pond in Latrobe