Men would rather be shocked than think: Shocking! 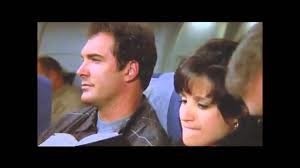 I read a fascinating story Sunday that illuminated for me something about which I thought I was already expert. That being the mind of a typical man with absolutely nothing to do.

The Rachel Feltman story read: “People, and especially men, hate being alone with their thoughts so much that they’d rather be in pain. In a study published in Science last year on the ability of people to let their minds ‘wander’ — that is, for them to sit and do nothing but think — researchers found that about a quarter of women and two-thirds of men chose electric shocks over their own company.

“‘We went into this thinking that mind wandering wouldn’t be that hard,’ said Timothy Wilson, University of Virginia professor of psychology and lead author of the study. ‘People usually think of mind wandering as being a bad thing, because it interrupts when you’re trying to pay attention. But we wanted to see what happens when mind wandering is the goal.’”

Of course, I was shocked — and I hadn’t even participated in the stupid study.

I was intrigued too that a story about how men felt was written by a woman named Feltman.

That men especially couldn’t let their minds wander for 15 minutes was a surprise to me, a man who let his mind out for a wander in 1992 and hasn’t seen it since.

Here’s what happened: The subjects (24 women and 18 men) were told they were going to be in a distraction-free room with nothing to do for 15 minutes but think.

They couldn’t do it.

Told in advance the purpose of the study, the subjects still found it impossible to let their minds wander. Those who did it at home admitted to cheating by picking up a phone or a book.

The others reported that the six to 15 minutes they spent engaged in thought were unpleasant.

So researchers decided to up the ante. Rather than give them nothing to do, they gave them a negative-stimulation option.

A button was placed in the study room. Pressing it would deliver a mild 9-volt battery shock. Subjects were told this and given the opportunity to experience it before hand to remove the curiosity factor.

Rather than submit to mental idleness, the men especially began to dive on the shock button.

Twelve of the 18 men did so (only six of the women did). The men did it on average of 7 times.

I would have like to have seen what that guy would have done had he been given the choice to either shock himself or spend 15 minutes quietly reading my blog.

He may have crashed the entire East Coast power grid

I think the study points out the tremendous cultural pressure to always appear busy.

The phenomenon was explored in a “Seinfeld” episode in which Elaine Benes and boyfriend David Puddy were stuck on a long, boring trans-Atlantic flight. Puddy chose to spend the duration simply staring straight ahead.

He refused fidgety Elaine’s offers of magazines, conversation and chose to simply stare for hours and hours at the back of the seat in front of him.

Elaine wouldn’t tolerate me and my mind-wandering either, I’m sure.

My mind’s been on such a long, fruitless wander I’m surprised there isn’t a picture of it on someone’s milk carton.

Want to know what you think about when you have nothing to do but think?

I think about how lucky I am to be alive, to have so many friends and how that happy little family of mine always welcomes me home.

Never once in all these years of aimless mind-wandering have I ever wished I had a button that would import pain anytime I thought I was merely wasting my time.

If that were the case, I’d be a charred cinder.

And just imagine how much worse it would be if my wife controlled the button.

Why it’s time to change Labor Day to Leisure Day