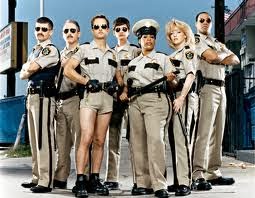 (705 words)
Pessimistic sourpusses are trying to ruin the Olympic games for me before I even get to find out if the most famous band in Russia will perform in the opening ceremonies.

Wouldn’t Russia having an Olympic ceremony without Pussy Riot be like England having one without The Beatles?

Every host nation features music from their most prominent band and Pussy Riot is is one of just two Russian performing artists I can even name. The other is Tchaikovsky, but it’s my understanding he’s been on a previously booked engagement since 1893.

Yes, it seems all great Russian entertainers are all what you could call underground.

In 40 years of enjoying the Olympics, I’ve never known a more dreadful build-up to something normally so joyful.

You can’t watch the news without hearing about it. Black widow terrorists have penetrated Sochi’s vaunted ring of steel. These Islamic terrorists will stop at nothing to disrupt the games. Our olympians are so fearful they’re ordering their families stay home.

It’s upsetting to me because I love the Olympics and I love Russia.

I love the Olympics for the competition, the pageantry and the celebration of mostly amateur athletes excelling in offbeat events.

Why do I love Russia?

Because Russia loves me!

In one of the oddest revelations of my wildly inaccurate and mostly incomprehensible blog “stats” page, Russian readers far and away out number the rest of the world (after my American homies). If I were giving out medals for readership, the Russians would get the silver.

In fact, there are times when my Russian readers outnumber those of my countrymen and women -- and, yes, Uncle Sam, I consider it a snub.

But check out Russia. They’ve practically invaded the blog with 27,831 readers.

I see the Russian numbers surge and the old Cold Warrior in me wonders if Vladimir Putin is messin’ with Sasquatch. Maybe he’s for years been trying to curry favor with obscure American bloggers in the cunning understanding we’d one day write positive things about an Olympic games being held in an ethnic Russian region known to favor curry.

They should have considered the results if they’d have sent me a cheerful mail-order bride. Who knows? Maybe my home blog today would be www.EightDaysToVladivostok.com?

I’m very excited about the Sochi Olympics and don’t want anything bad or lethal to happen to innocents -- and I’d say the same thing even if the Olympics were being held in Perth or other large swaths of the planet where people are too busy to bother reading my blog.

But it looks like excessive security measures will be the dominant theme of these winter games.

That’s unfortunate, but it also represents a programming opportunity network NBC executives seem to be overlooking. That would be  . . . “Sochi 911!”

NBC should devote one of its many affiliate networks to nothing but iron-fisted Sochi security at work. This would be particularly enlightening here in America where we’re having this dainty debate about the NSA listening in to learn things like what kind of toppings we prefer on our pizzas

I suspect in “Sochi 911!” American security hardliners would enjoy the up-close-and-personal view of how Putin’s security forces are going about handling security threats.

I’m sure Russian civil libertarians will be aghast at the tactics. They will denounce. They will inveigh. They may even resort to more vociferous means of protest.

But I suspect in cases of imminent terror most people will hope they err on the side of caution and just let the pussies riot.

100 nations have read this blog!

The skinny on bomb sniffing dogs
Posted by Chris Rodell at 12:19 PM