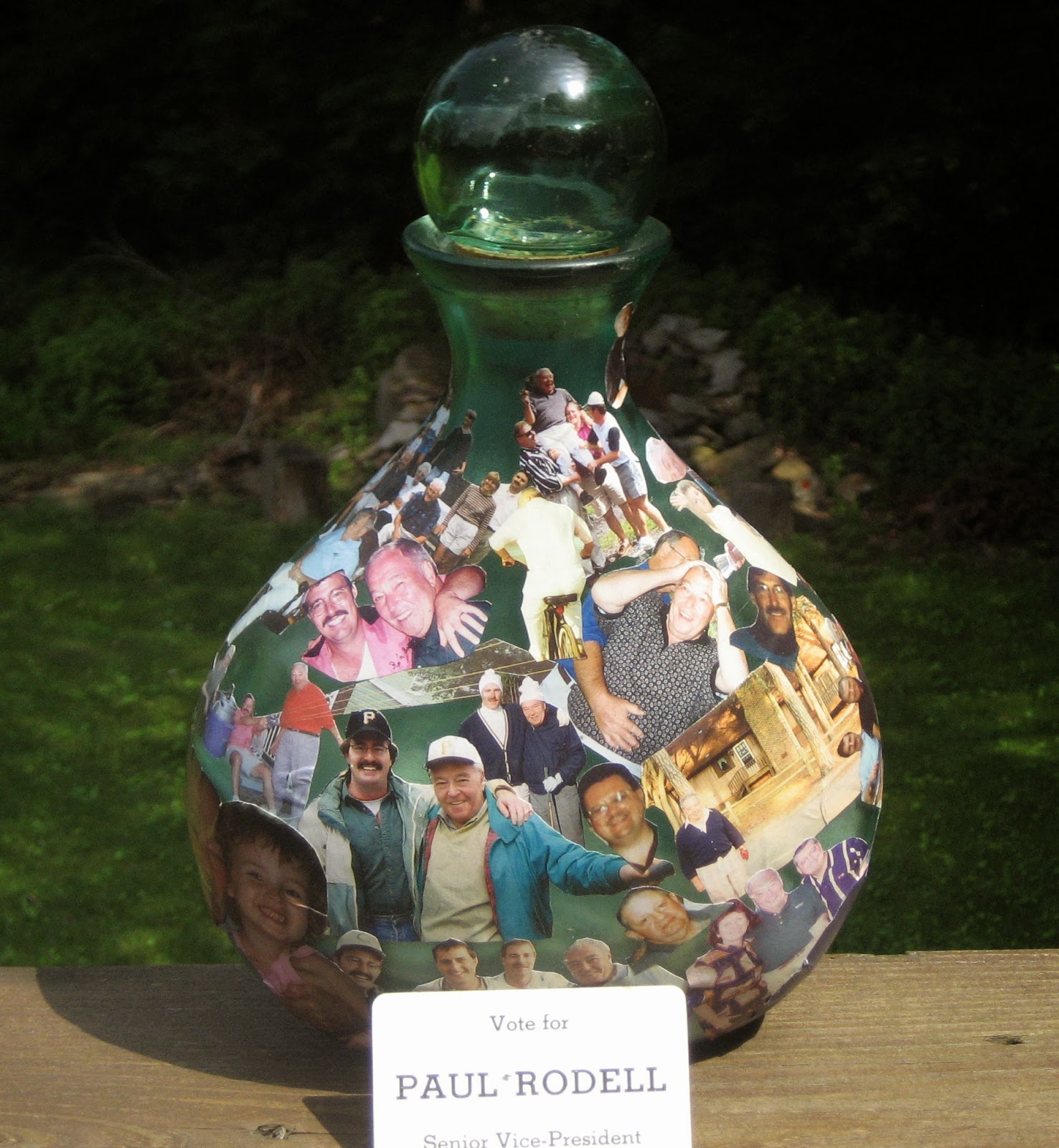 (852 words)
It was 10 years ago Sunday I got the panicky call from my Mom that said she needed me there on that snowy night right away. I remember her saying Dad was on the couch and she’d called for help.

She says she told me he was dead. If she did, it didn’t register.

In hindsight, I think that was some sort of self-defense trick my mind was playing on me. It didn’t want me gazing through tear-streaked eyes on an hour-long trip through a blizzard knowing my dead father was waiting.

That might be a load of crap, of course, but that’s the way I choose to remember it.

I think that, too, because when I walked into her small apartment I didn’t notice him lying there dead on the couch. I just saw Mom, a sorrowful building manager and an Emergency Medical Technician who was acting like he wasn’t amidst an emergency but rather a coffee break.

In her room, Mom broke down in my arms and told me my Daddy was dead. A 40-year-old man, I began crying like a 4-year-old boy.

I asked what they’d done with the body.

“Oh, he’s still out there on the couch.”

Again, I hadn’t noticed. How could that be?

I walked down the hall and saw a pear-shaped figure slumped on the couch beneath a Steeler blanket.

I lifted the blanket and recognized the face.

Yep, it was Dad all right. We’d talked less than 12 hours previously and he’d been fine. It was an aortic embolism. He was 76.

If you’re thinking I’m writing this right now through tear-filled eyes then you must never have met my Dad.

I still run into strangers who knew him and go out of their way to tell me what a great guy he was. It happened again just the other week as I was contemplating what stuff of his I was going to ditch on the 10th anniversary of his passing.

And, lo and behold, it was in The Eyeglass Shoppe, right here in Latrobe. Dad was an optician and I have a genetic fondness for people in the optical field.

That’s why I love the gang at The Eyeglass Shoppe. Allan and his staff treat me like family and generally make me glad Dad wasn’t a proctologist.

I was picking up my snazzy new specs when Allan introduced me to a visiting frame salesman who knew Dad. It was one of those happy chance meetings that really made my day.

He said, “The thing I’ll always remember about Paul is he was just such a happy guy.”

We had him cremated and divided up his ashes between me and Eric. I put mine in the decorated urn you see above, often taking out a portion to sprinkle at some golf course or scenic place we’re visiting.

Alas, the cremains were the sum of our inheritance. Sure, it would have been nice if he’d have died loaded, but that would have changed the essential character of the man and I’m not sure the exchange would have left me more or less enriched.

So we each picked through his stuff. I took some shirts, some hats, some books, his old golf clubs (I cut them down for my daughters to use) and there’s an old pepper grinder I remember him using to season soups.

I’m thinking after 10 years it’s time to get rid of the stuff. Keeping most of it’s just silly sentiment. But dumping it at Goodwill still feels a bit like betrayal.

Ideally, I’d open a museum for him and become its curator. I think lots of sons feel that way about their deceased fathers. We’d like to have a place where we could forever preserve their memories.

Or maybe a Dead Daddy Bar’d be better. Guys love talking about their late fathers and we’re prone to drinking while doing it.

I wonder if my feelings for him are enhanced by the suddenness of his death. We were on good terms when he left and his is what many children of aging parents deem a considerate and tidy death.

The widow Rodell is suffering from dementia, but is in otherwise excellent health. She’s 81. Her father lived to be 97. After particularly exasperating visits I often find myself doing the math.

The kids are starting to treat her like iPhone owners treat Siri. They ask her random questions hoping she’ll blurt out something funny. Sometimes she’ll say it’s still 2003, that the Steelers are in the Super Bowl and that Susan Boyle was her favorite Beatle.

I wonder, too, if my feelings for my mother will be as tender as they are for my father. I’m pretty sure they will. She, too, has given me so much in the way of loving intangibles.

Besides, I hate to think one day I’ll develop a sentimental spot for Mom’s favorite Beatle and wind up with a stash of old Susan Boyle discs.

We sons of dead fathers

Email ThisBlogThis!Share to TwitterShare to FacebookShare to Pinterest
Labels: a father's love, Paul Rodell, stories about dead fathers, Susan Boyle and The Beatles, talking to Siri, The Eyeglass Shoppe Latrobe, what to do when your father dies