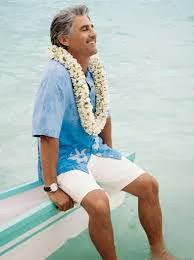 (741 words)
If I were a man of means, I might consider spending about $10,000 to attend Super Bowl XLVIII being hosted by New York and played in New Jersey. That’s how much I figure it would cost to make this four-day event a comfortable splurge.

But I am not a man of means.

I am instead a mean man determined to spend the next five days at home hoping this ill-conceived Super Bowl is a logistical fiasco. I want traffic jams, hours-long security waits and the kind of cold, slushy weather that makes fans from grim Seattle wish they were home sipping some exotic five-bean blend.

New York is one of my top three favorite cities. Although I’ve never been there, from what I hear, East Rutherford, N.J., wouldn’t crack the top 300.

Pre-fatherhood, I used to go to Manhattan a couple of times a year. I’d enjoy the Lower East Side in spring, Rockefeller Center in summer and Central Park in fall.

Never once did I go to New York so I could see East Rutherford on Groundhog’s Day.

Purists say football was meant to be played outdoors in nasty weather.

I’m not one to advocate more rules for the over-officiated NFL, but there ought to be a Tommy Bahama Rule: No city can host a Super Bowl in a place where wearing a Tommy Bahama party shirt outdoors would result in goose pimples.

I know what fun it can be to go to an expensive Super Bowl.

Let me clarify: I know what fun it can be to be in a bunch of cheap French Quarter dive bars about a mile from where they’re playing an expensive Super Bowl.

It was Super Bowl XXXI in MCMXCVII. It was the year Green Bay beat New England XXXV to XXI.

Oh, and that’s another thing I despise about the NFL: this silly insistence on using incomprehensible Roman numerals for Super Bowls in a way that must have even  people in Rome saying WTF?

But it was 1997. Me and my buddies were so sure the Steelers were going to advance to the Super Bowl we bought tickets to New Orleans sure we’d have a great time.

It didn’t work out that way, but it didn’t matter.

It was still one of the best buddy weeks I’ve ever had and it featured one of the most magnificent buzzes of my life -- and I’m still one of those guys that achieves a good primal buzz about four times a week.

We had so much fun.

Part of the fun was that it was miserable in Pittsburgh and we weren’t there.

In New Orleans the temperatures were about 75. I was with two great buddies. We were having a ball.

I was wearing Tommy Bahama!

I think the buzz was so spectacular because all three of us had awakened sure we were going to die. Our heads were pounding, our stomachs queasy and we ached all over like we’d been run over by a Second Line funeral parade.

I guess something must have been going around.

But with alcoholic assistance and some Central Grocer muffaletta we persevered like men. Stupid, drunken men, sure, but men, indeed.

And with every drink our merry little trio began feeling better and better.

I remember carrying a portable Hurricane into a little cigar shop down near Jackson Square, a place once known for public beheadings, to buy some stogies.

The smoke settled my soul.

I’ll never forget the feeling I had about four hours before that kick-off. I was with my friends. We were whooping it up. We were in New Orleans.

And none of us was burdened by the knowledge that any of the other guys was stupid enough to want to pay $500 for a ticket to the game (the prices have since quadrupled).

We spent the whole second half in the venerable Preservation Jazz Hall and didn’t even know who won until we saw the exuberant Packer fans streaming past outside.

Guaranteed, no one in the New York metro-area this weekend will have a day as splendid as mine was XIII years ago.

Do you agree? Am I nuts? Is this winter Super Bowl a good idea?

I am eager to hear your thoughts.

My goodness, a trip to NYC
Posted by Chris Rodell at 11:57 AM