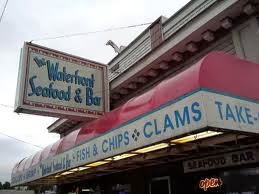 (1,089 words)
One of the most disappointing aspects about being middle-aged mature is I sense I’m becoming too nice. How nice?

I’m so sweet I could cause cancer in lab rats.

And I’ll thank you for not pressing my family for help in defining what I mean by  “sweet” and “middle-aged mature.”

So whom do I hate?

The four teams remaining are the Seattle Seahawks, San Francisco 49ers, the Denver Broncos and the New England Patriots.

• The New England Patriots -- You’d think hating New England would be easy and it usually is. Their coach is a cheater and their quarterback is a whiny pretty boy.

They are the first team to field and promote an honest-to-goodness serial killer, he being Aaron Hernandez. I hate teams that have receivers who habitually interfere with defenders on long pass plays. Interference is one thing. Murder is worse, although you’d be right to be confused after watching fan reaction to replays of egregious penalties.

It’s likely, however, that all of Hernandez’s victims were Patriot fans so that’s sort of a wash.

But I have had some nice times in Boston and my innate Boston hatreds began softening last year with the marathon bombing. I applauded the way they came together and truly marveled at the championship run the Red Sox put together.

And there’s this: the whole American idea was instigated by New England liberals and I respect that. So if Rush Limbaugh and guys like Ted Cruz are going to be furious that a bunch of Kennedy’s are going to get falling down drunk -- well, happily falling down drunk -- if the Patriots win, then I can put aside my primal hatreds for Tom Brady and Bill Belichick. Hatred factor: 7.

• Seattle Seahawks -- The Patriots had a serial killer on their team, but it’s likely no team’s ever had more serial killer fans than the Seahawks. In fact, they all hung out the same bar in nearby border-hugging Bellingham. It’s the Waterfront Seafood & Bar and I got to enjoy a fine expense-account drunk there one night in 2003. At one time or another serial killers Ted Bundy, Hillside Strangler Ken Bianchi and D.C. sniper John Muhammed all used to get shitfaced there.

Bartender Wally Oyen had served all three and said they were all pretty decent guys and good customers, despite the fact that the three were responsible for the deaths of at least 50 innocents. He said, “You just never know. Bianchi was the nicest guy in the world.”

Just so you know he’s not all sunshine, he did have some harsh words for regular James Allen Kinney who in 1998 beheaded a woman. “Now, that guy was just a real obnoxious ass.”

I’ve forgiven Seattle for acting like so many whiny little bitches when the Steelers beat them in the 2006 Super Bowl, and I’d like to see a guy like Oyen happy so my Seattle hatreds are minimal. Hatred factor: 3.

• San Francisco 49ers -- My darling wife and I honeymooned in San Francisco in 1996 and a more splendid time I can’t imagine. It was a great place to start a marriage. We road the trolley cars, climbed the steps at Lombard Street, visited Alcatraz and enjoyed the stinking walruses lounging on the floats at Fisherman’s Wharf.

Best part? We on a postcard pretty day took a bottle of champagne, a sleeve of plastic cups, and strolled the sidewalk to the center of the Golden Gate Bridge. I popped the bottle and poured a dozen glasses for happy strangers and announced, “My sweetheart and I just got married and we want to share our happiness with you and the world!”

It’s a very international city and we were toasted best wishes to a long and happy marriage in maybe a dozen different tongues. At least I think that’s what they were saying. They could have been saying, “We love free hootch!”

Either way, I truly love San Francisco. It’ll always have a special place in our hearts.

So it’s too bad the 49ers have already won 5 Super Bowls, just one fewer than the Steelers. We can’t share our Super Bowl best titles with any other city. So, sorry, San Fran. Hatred factor: 8.

Denver Broncos -- The nearest I’ve been to Denver is 30,000 feet -- straight up. It’s one of the few major American cities in which I’ve never set foot. So they’ve got that going for them. All cities look better from a distance where you can’t hear any all the obnoxious big mouths. And I’m fond of the Broncos for the many times they were AFC doormats for the Steelers on one of our many marches to the Super Bowl.

I met John Elway at a celebrity golf tournament where I was interviewing celebs about their golf games. He was kind to me so he’s got that karma thingie working for him.

My old college roommate is in Denver and he’s a great guy. I saw him in Vegas last year and we had a blast. And he bought! So . . . Go Denver!

And another friend of mine from my old Nashville Banner days lives there. He’s a great guy, too. He actually outdid my old college roommate by helping me get a long string of fun paying gigs doing offbeat travel stories for msnbc.com from 2009-12. That it ended ugly when they cruelly slashed the pay wasn’t any of his fault either. So I still owe him a big solid. So . . . Go Denver!

And I really like Peyton Manning. He’s fantastic. Great guy. Funny. A gamer. Plus, he was schooled by the great former coach and former Steeler/Chuck Noll protege Tony Dungy. So Manning was weaned on stories of the Super Steelers from the ‘70s. Again . . . Go Denver! Hatred factor, 2.

So here’s what I hope happens this weekend: Seahawks beat the 49ers; Broncos beat the Patriots.

And then I’d like to see the Broncos beat the Seahawks in a Super Bowl that is postponed for historically bad weather until March, which will be highly entertaining.

See, I’m a sweet guy, but I still have plenty of gripes about the NFL. Hatred factor, 10.

The toughest bar in America