Bark up/Bark down: A neighbor's dog left out in the cold 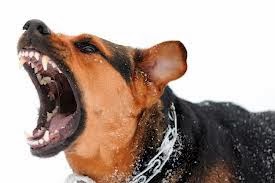 (1,114 words)
I’ve since last February been wrestling with a question that apparently consumes wood-burning Norwegians: Stack the firewood bark up or bark down?

As you can see from the “Norwegian hit TV” link below, it’s a divisive issue in that quaint and progressive Scandinavian nation. I’ve always intuitively been a bark down guy, but as I was cresting the steps to the stranger’s forbidding door, I began wondering if my last mortal thought might be maybe I’d been wrong.

Maybe it ought to be bark up.

Either way, I was hoping in the next 90 seconds I wouldn’t find out if I was the kind of guy who when riddled with gunfire died face down or face up.

See, on days when the Polar Vortex plunges western Pennsylvania temperatures to minus-12, I think about firewood. Do I have enough? Is it accessible? Will a passing Norwegian ridicule me if he sees mine’s stacked bark down?

My wife and daughters think different thoughts. They think about the angry neighbor dog left exposed in the deadly cold.

And they think I’m just the guy that ought to do something about it.

That’s how after leaving The Pond before dinner I found myself walking up the steps to the front door of the stranger’s house. The property is always well-kept and the couple in their early 30s who live there take evident care of the home and the property.

Just not of the dog.

It’s a ratty old German Shepherd. Not ratty, by choice, I think. I know many Germans and they are refined about their appearance. Of course, I only know German lawyers, German grocers and one German tailor.

Maybe if I knew a German shepherd he’d have matted hair and fleas, too.

The sign means they’re either being ironic or deliberately cruel because if that outdoor dog can read then the sign’s bound to really piss him off.

So this dog is a sore point for us and, I’m sure, many other animal lovers who drive past it and see it in all weather chained across a little creek on the edge of the woods snarling at every passersby from its dilapidated hovel of a dog house. We’re friendly with all the neighbors scattered on our rustic little stretch, but the house with the dog is beyond our realm and there’s never been any reason for us to stop by for even a quick howdy.

Had I ever seen either of them out getting the mail when I was passing, I’d always meant to stop and ask, hey, what’s with the dog? Clean him up and I’m sure he’d be a fine looking fellow, big and sturdy as he is.

But is it any of my business? I’m not sure. These people drive decent cars and have a satellite dish on top of their house. Certainly, they’re sentient enough to know it’s cruel to leave a dog all alone, especially on a night of record lows.

Guaranteed, nothing I say is going to have them responding, “You know, what you’re telling me is a revelation. It never dawned on me that a dog might freeze to death on a night when the wind chills are minus-28. Honey, get the tub and some scrub gloves. We’re gonna give ol’ Baxter a bath. Tonight he’s sleepin’ in the big bed with us!”

Val tried the Humane Society, but they’re swamped. They said if the dog house has straw, he’ll be fine. We doubt it does.

I cited with futility all these rational arguments for doing nothing, but doing nothing was unacceptable and I get that.

Val said she’d go with me.

I couldn’t risk her getting emotional in a high-ground moral argument with strangers, a situation I actually relish. I’m the kind of guy who loves to argue even when he’s, as I mostly am, just dead wrong in both substance and fact.

So I left the bar, headed toward home and pulled into the driveway of the split-level ranch house.

It was dark and the dog was making his usual annoying racket. He has nothing to do but bark and snarl so that’s just what he does. I know if he breaks his chain, he’ll tear me limb from limb.

I really was thinking about the bark up/bark down argument as I climbed the snow-covered steps.

But I was also thinking this: People get killed everyday in America for doing exactly what I was doing -- and I don’t mean scolding a neighbor over mistreating a neglected animal.

I mean knocking on a stranger’s door.

It was dark. It was frigid. It was a night when no one in their right mind would be out knocking on doors. I had a beard and I’d been drinking.

True, it’d just been three beers, but remember: all Trayvon Martin had was some Skittles and a puff of pot.

I was practically fair game.

I instinctively knew if I was shot dead, Wayne LaPierre would in 48 hours be holding a press conference saying I’d had it coming. This is Pennsylvania where so many of us famously cling to our Bibles and our guns.

It’s just that none of us ever respond to a friendly knock on the door with a handy bit of Scripture, preferring, instead, to just start blazing.

So it was not without some honest trepidation that I gave a long, loud knock.

Part of me was relieved that what I understood was a no-win situation was averted, but I needed to do something so my girls knew I didn’t chicken out. I couldn’t leave a note, at least not one written on paper.

But the parked Toyota Camry had about an inch of snow on it. So with my gloved finger, I traced on the car windshields, “DOG! DOG! DOG!”

They’d have have to know what the crude message meant.

I feared I’d drive by this morning and see the winds had drifted the snow so it looked like “OOOI OOOI OOOI” But they did not.

Val reported she drove by later and noticed the dog house was empty, leaving us to assume they got the message and did the responsible thing.

And I hope right now that noisy dog is in their garage where he can in sheltered safety bark up his usual annoying storm.

Or should it be bark down?

Norwegian hit TV up in smoke

Our adopted cat finds a home
Posted by Chris Rodell at 2:52 PM

Email ThisBlogThis!Share to TwitterShare to FacebookShare to Pinterest
Labels: Bark up or bark down, clinging to guns and Bibles, confronting neighbors, neglected neighbor dogs, neighbors dog out in the cold, Norwegian wood, The Pond Latrobe